A couple weeks ago I sat down and looked at our recent spending to figure out if we could afford to enroll Xavi in preschool part-time. We hadn’t intended to sign him up this soon, but the school is close by and had a last-minute opening. After doing the numbers a few things were clear.

The latter was just one more reminder of all the birthday parties, showers and weddings we are missing. Put another way, we have no social life.

If I was in LA today I’d be in the middle of getting ready to attend my fourth wedding of the summer — pretty average for us — and second of the month. Today, Elizabeth and César will get married. I’ve known Elizabeth since she was a toddler and her family moved to our block. They quickly became close friends. We even visited them in Jalpa, Zacatecas one December and went to Elizabeth’s quinceañera. By chance, I got to see the proposal too. César threw a decoy party complete with delicious tacos and a mariachi. I’m definitely sad to miss this wedding (plus her family throws awesome parties).

Last week I missed David (it feels weird not to call him Oso) and Iris’s wedding. I checked out the photos taken by other friends I met through blogging. I wish it could’ve been like the Carlsbad blogger reunion of early 2012, but alas it’s tough to travel with a toddler cross country.

Earlier in the summer I missed Diana and Carlos’s wedding. I’ve known Diana since 2002 and would’ve loved to spend a weekend in Santa Barbara celebrating with them. Unfortunately, their wedding was on the weekend right before I started my new job and we had already moved. 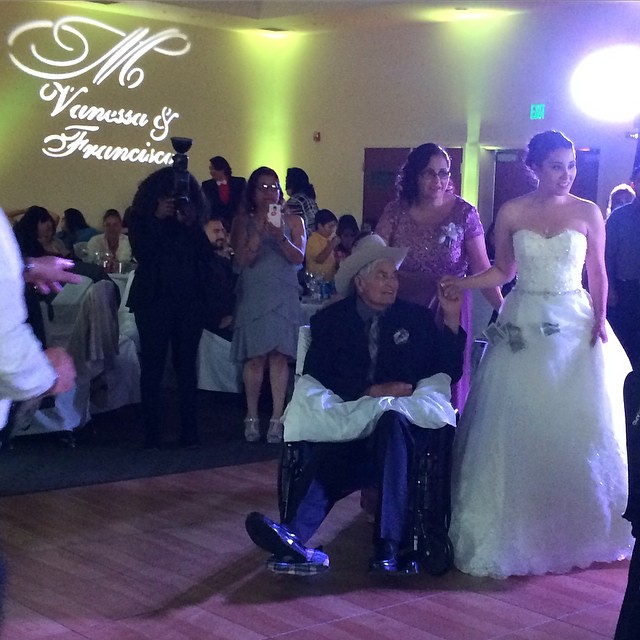 At least I didn’t miss my cousin Vanny’s wedding in early June. I was lucky my new job was okay with me starting later than their target or I might’ve missed Vanny and Junior’s nuptials.

Of course, I knew I’d be missing events when I decided to move. That was part of the deal since I don’t have an unlimited travel budget and vacation days.

What I didn’t expect was how difficult it is to make friends and how lonely weekends feel just us three. I know I need to give it time. I’ve only been here about 11 weeks and have actually  met a number of kind and friendly people. We say “yes” to the things we are invited to like a picnic for Latinos in the area. We’ve even been to a birthday party.

But still on weekends like this and last I wish I could teleport the three of us to LA for a good party or BBQ, delicious food and amazing people.

For now, you might just find me running around the Ithaca Commons skipping like Sid the Science Kid singing “I’m looking for my friends, I’m looking for you!”

5 thoughts on “Looking for my friends”