Like a lot of other new parents, Sean and I take a lot of photos of our son. We’ve slowed down a little bit partly because Xavi has sped up — it’s tough when he’s always on the move! — and Sean is done with his one-a-day project. He committed to posting one photo a day on Facebook for the first year. I loved seeing the daily photos he would post. It was a nice treat to get to see each new photo, as if I didn’t see Xavi all the time. We also did monthly photo shoots. It’s fun to see how big he’s (and his hair) grown. 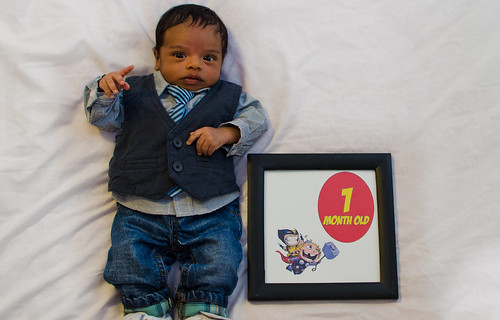 Sean made each label and we reused the 99 Cents Store frames that held table numbers are our wedding. 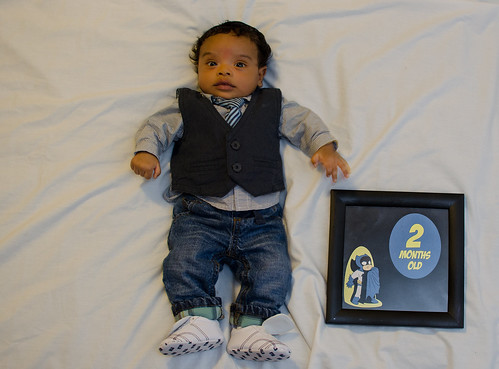 We used the same newborn size outfit for month and two to show the growth. He was so tiny! 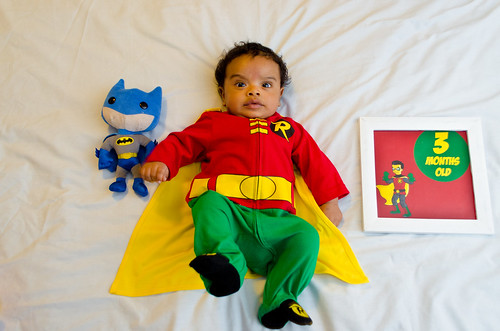 He was Robin for Halloween. Sean was Batman. 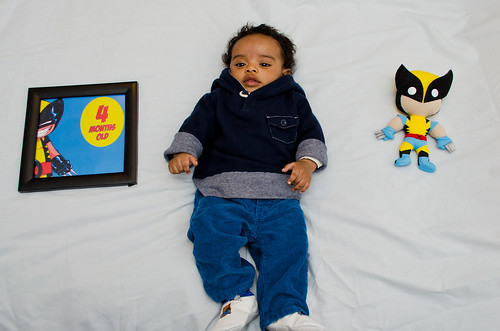 Our in-laws came to visit in November. My MIL picked out several items at Baby GAP and even signed Xavi up for a card. She still sends him boxes of clothes. 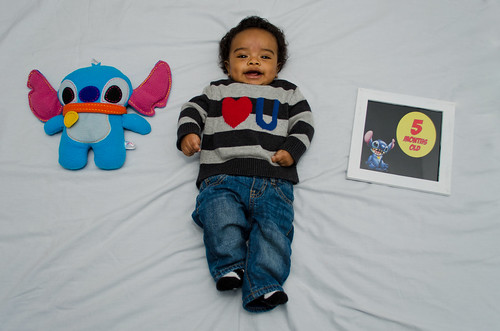 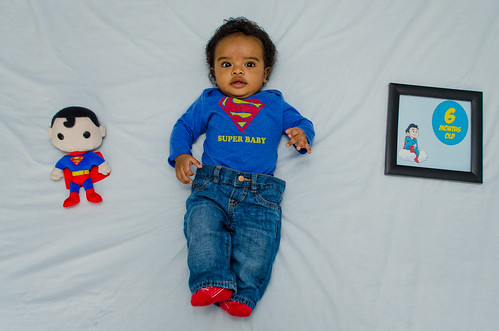 He has a lot of superhero clothes. 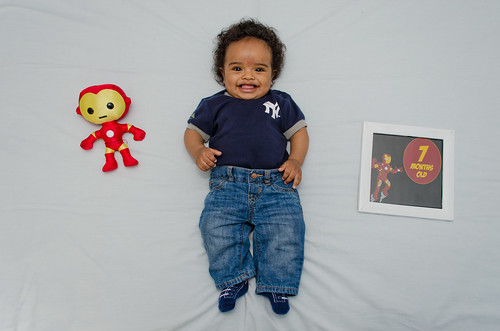 You can’t see the back, but this is a Derek Jeter onesie (Sean’s favorite Yankee these days). 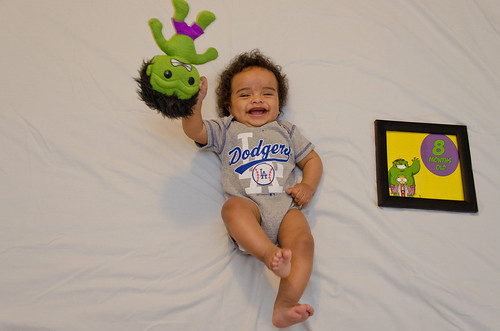 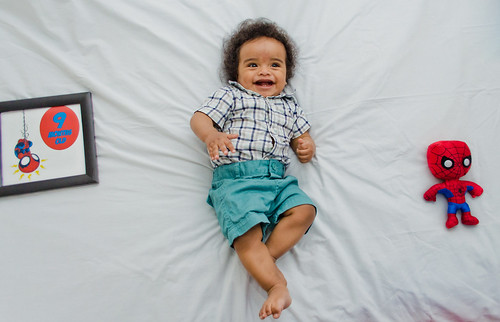 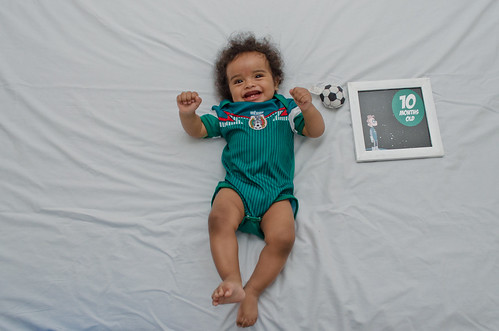 Ready for the World Cup! 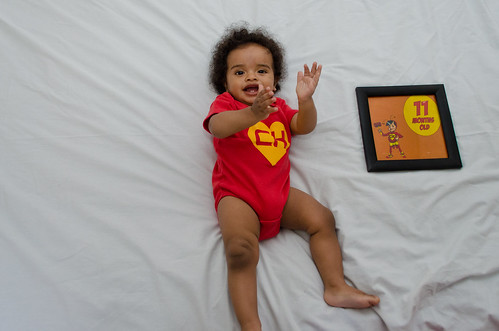 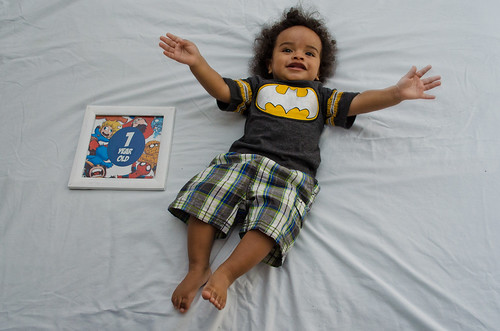 Excited to be one!

In older photos of the grandparents, Papá Chepe is typically the one smiling and laughing as he pokes or tickles Mamá Toni in an effort to get her to crack a smile. I don’t remember know why she had the giggles in the photos above from Mother’s Day, but I think they’re cute. It was one of the first times in a while that they’d sat beside each other.

A month after Mother’s Day, Mamá Toni celebrated her 92nd birthday. She shared her day with Lori who was celebrating her graduation with a small reception. Papá Chepe’s 94th birthday is today. He’ll have a cake at Xavi’s birthday party and his very own horse piñata — his request, according to my mom.

I guess when you’re the patriarch and matriarch of a large family, you get used to sharing your special days. Nevertheless, I’m glad that we can still celebrate these days with them.

These months just fly by.

A few weeks ago, I saw a friend I’ve known since childhood. I noted that her 4+ year old son was a mini-me of her husband. She then showed me photos comparing her son and herself at similar ages and the resemblance was uncanny. I found it interesting how in one moment he looked exactly like his father and then at an earlier age he looked just like his mom.

Below are photos of Xavi as a newborn and then at 7 months contrasted with photos of Sean and I as babies. I’m not sure who he favors, but it’s neat to see little bits of our baby selves in our offspring.

You can’t tell since Xavi is wearing a hat, but he had a full head of hair at birth just like Sean. He definitely took after his dad on that factor.

Friday afternoons have never dragged on as much as they have the last 5 weeks. I want to get home and be with Xavi and Sean. I can’t wait to see his little gummy smile again.