I grew up celebrating Nuestra Señora la Virgen de Guadalupe’s feast day on December 12th at St. John Vianney. I sang, danced, prayed and ate. I loved the danzantes, the mariachi and the food at the party immediately after mass.

Even in the years I never went to church I still observed this day. Guadalupano roots run deep.

I was worried I wouldn’t be able to celebrate in Ithaca. The churches here don’t have regular Spanish language masses. One church hosts a monthly mass in Spanish and that’s where I found out that there would be a mass for Our Lady of Guadalupe hosted by the Cornell Catholic Community . Andrea asked if anyone wanted to help sing and I volunteered.&nbs
Sean dropped us off at the chapel at 11:30. I was late for the mini choir rehearsal but it was still okay since the music was familiar. Xavi sat patiently and watched Andrea play the guitar and Anna play the piano. We practiced and the non Spanish speakers did a good job learning the songs in a short time.

The chapel at Anabel Taylor Hall was more full than I expected with a lot of students. The service was a bit different than I’m used to. It was in Spanish, sure, but instead of a mariachi a small choir accompanied by piano and acoustic guitar sang the traditional songs like La Guadalupana and Las Mañanitas. There were no danzantes, kids dressed up as Juan Diego or in traditional Mexican clothing or an elaborate dedication of flowers in La Virgencitas alcove. What wasn’t different was a gathering afterward with food. Xavi was happy with rice and tortilla chips and I tried to restrain myself when I saw students bring out tamales. They were delicious. Despite the differences and that I barely knew anyone at the service, it was the closest I’ve felt to home in the six months I’ve lived here.

I’m glad Xavi got to experience a tradition I’ve grown up with. I can’t wait until he gets his own little Juan Diego outfit and sings along. He comes from a long line of Guadalupanos and I’m happy to continue this tradition even in los cerros (hills) of Ithaca. 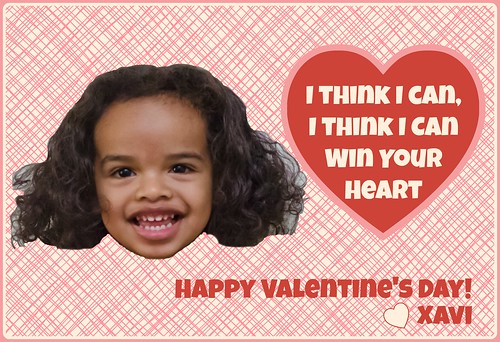 I have fun making these each year and thinking of the perfect message for each family member. This year,
the non-personalized cards were train themed, because he loves his trains. Xavi even helped a little by “signing” the backs of each card. 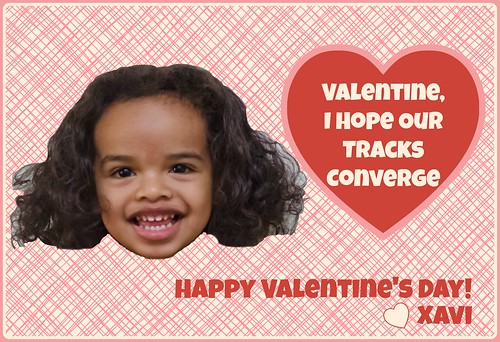 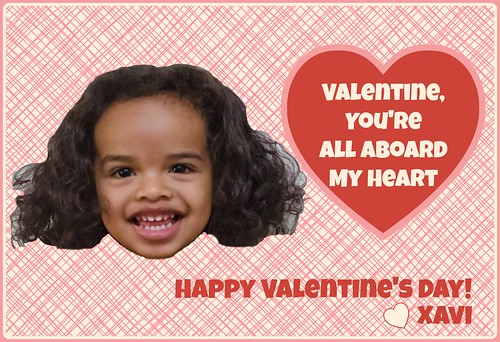 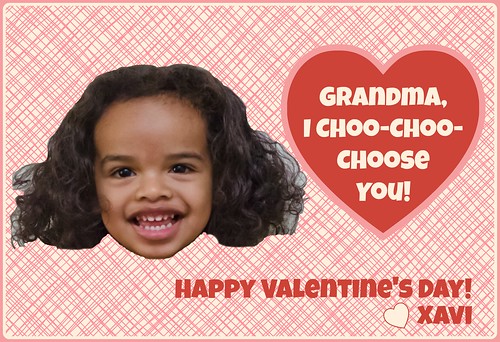 When I put up the April Fool’s day post about a civil wedding, I didn’t bother informing my parents or siblings. They occasionally read my blog, but I didn’t think they’d read that day nor fall for the joke. I was wrong on the latter. My mom read it later in the week and called my dad a little confused. “Am I losing my memory?” she asked him.

He read the post and was fooled too until he got to the end. “You got us good,” he told me.

Sean and I are less than six months out from the wedding. It seems like a lot of time, but we still need to make a bunch of decisions. Some things still on the list:

There’s one big thing we can cross off the list:

Since it was just a civil ceremony with a justice of the peace, we kept it simple with my parents, siblings and grandparents. Sean’s parents and brother Skyped in from New York.

Through this whole process, we’ve wondered if the big wedding was really worth it. Yesterday, we felt like we were missing a lot. We can’t wait to have a few hundred of our friends and family watch us do this a bit more formally and celebrate with us.

END_OF_DOCUMENT_TOKEN_TO_BE_REPLACED

Are you in a blogging rut? Need some ideas for blog posts?

1. How not to gain weight through the holidays and manage eating at holiday parties. This includes writing about low-fat and low-calorie versions of traditional holiday dishes.

2. Gift guides for everyone, including the neighbor’s dog.

3. How to survive spending time with your family over the holidays and holiday dinners

END_OF_DOCUMENT_TOKEN_TO_BE_REPLACED

One of the reasons Sean likes me is because I’m not that nice. I can be mean, sarcastic and snarky. I don’t think it comes across in my blog much because I’m pretty good at self-editing when it comes to writing. In person? A whole other story.

I tried my hand at some and went a little crazy…