It’s not lost on me that I’m coming back to blogging at a time when I don’t read blogs regularly. In the old day, I had a number of favorites and kept tabs on them by Google Reader. These days, I read updates as they share them through FaceBook or other social media. Now I get newsletters to my inbox and can’t always keep up.

Here are a few of my favorites. Go subscribe!

This all brings me back to the inspiration from Leonor in last week’s newsletter: one good thing from the week. I’ll start with last week.

I used to give blood a few times a year pre-kids. Sometimes I’d extend a lunch break and drop by the UCLA medical center’s blood donation site in the student union. I always thought of my family members who received blood transfusions. I liked the idea of paying it forward. The snacks were a nice bonus. There were times I couldn’t give. I’d feel well, but then get turned away due to low hemoglobin levels. Once I had kids, I stopped donating. I couldn’t find the time. When there was time, I had a cold. Babies and toddler pass on all their germs.

Last Friday, I gave without an issue and got that feeling when you do something good. I also am thankful for being well enough since we’re still in a pandemic and a cold isn’t just a cold anymore.

I donated through the Red Cross. In a few weeks, I’ll get an email telling me where my blood was used. In recent months, it’s been in neighboring states and I joked that at least my blood got to travel. This time, I wonder if it’ll be used locally since there are severe shortages everywhere. A few days after I donated, I got an email from a local listserv. The midwife who delivered Archie advocated for donating and talked about the impact of the sever shortage locally. It was a nice reminder that even though I may be helping people who are far away, I can also have an impact in my own community.

I’d be remiss to note that like everything, being able to donate blood is political. I didn’t know as much about the FDA’s policies restricting gay men from donating until more recently as the national blood shortage has gained media attention and there have been calls to end the discriminatory policy.

Yesterday, my Facebook memories reminded me that three years ago I announced that I’d return to regular blogging. Reader, it did not happen. The last post here was on my 40th birthday nearly 18 months ago and these days I mostly use WordPress for work. But I’m still a blogger, just like I’m still an LA girl, and a runner on a 9-year hiatus. I still find a lot of value in recording the mundane and the special. The relationships I made at the height of my mid-20s blogging career are still important. I still value the conversation and inspiration that can come from sharing my own words. I still love stories.

Last year, I received a Becoming journal which features quotes and prompts from Michelle Obama. It was Galentine’s Day gift from a colleague at work. I didn’t use it in earnest until a month ago when I tried to do about one prompt a night. As I responded to the prompts, I realized that I’d already written on many of the topics here. I can go through my archive and find a number of posts about my childhood, what it was like growing up in Hacienda Heights, the many activities I started and didn’t continue as a child but still formative, my family both immediate and extended. But those were all written from a different lens. Home was only a 30-minute drive away — without traffic. I wasn’t a mother. I could reconnect more easily to those places that made me. My maternal grandparents were still alive. The time and distance has altered my perception and how I want to tell stories.

It made me realize that one of of my biggest obstacles to returning to regular blogging — I’ve already written about everything I want to share in this medium — doesn’t really apply. Of course, time is still there and plain old ganas. 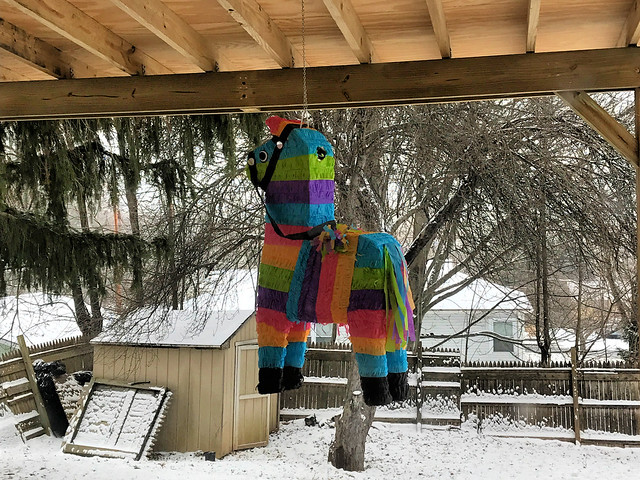 Late 2017 I got the reminders to renew my domain registration. I didn’t do it. I couldn’t justify spending the money when I wasn’t doing any blogging. In 2017 I wrote less than 10 posts and they were all in June and July when I made a concerted effort to blog thanks to a challenge from some of the veteran bloggers I’ve come to befriend over the years.

So I let it lapse. I didn’t pay. I lost the domain name I had used since 2005 and removed the link from my social media handles. Occasionally I’d get questions and explain why I just went away.

But I missed what my blog represented. It wasn’t just about writing newer thoughts, but the archive represented the majority of my adult life. I could point to so many momentous occasions and go back to find the words and photos that I wrote to share that experience. I sometimes went in to the Wayback Machine and checked the posts that hadn’t disappeared in Feedly. I could still find everything with a little bit of work.

On a whim, I decided to import 8 years of posts. I forgot I still had access to a free WordPress site. It’s the one I set up in 2006 when I got hacked and ended up moving hosts. Once again, it’s here for me to share and go back to what I’ve loved.

There are tons of bad links and picture files that won’t load. I’ll try and fix those with time. But for now, I’m back. I guess I still have something to say. 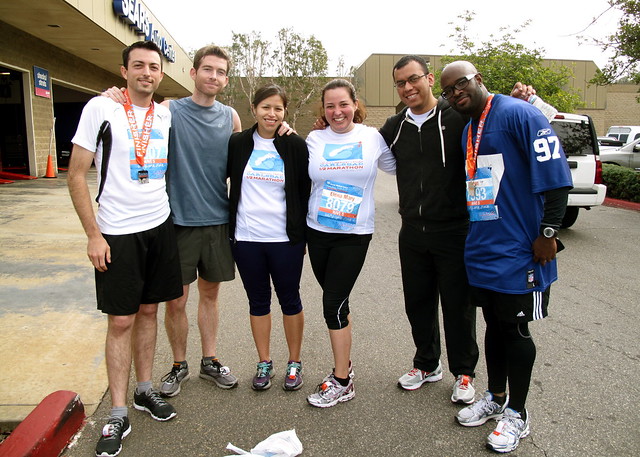 A few weeks ago I received an email from a longtime reader. She asked if I was done with blogging.

It was a fair question. I hadn’t updated in over six months. I had slowed down a lot in recent years but never just stopped for that long. Like La Profe Chicana, I had a few reasons for my hiatus. And like her, I’d married a blog reader (hi, Sean!) and now had two children.

Enter one of the reasons for the hiatus. Blogging is work, takes time, can be a technical headache (go away hackers!) and is much less easy to do one-handed while nursing a baby than scrolling through Instagram, Twitter or Facebook. I’ve also struggled with how to write about my new-ish identity as a mother while also respecting my children’s privacy.

Blogging didn’t always feel like such a chore. It was fun when I first started in the early-mid ’00s, before I ever even read the word (web)blog. I can relate to Xoloitzquintle who blogged a lot while also writing his dissertation. For me, blogging was a nice distraction from academics. I connected with amazing people and over the years have been lucky enough to meet many of them despite being scattered across the country and abroad in some cases. I’ve danced in Tijuana, run in Carlsbad and shopped at a cute store/coffee shop in Little Village.

I got a lot of validation from blogging and the communities I developed. I think I was good at it, and that mattered to a wannabe writer and someone trying to find a foothold in academe. The topics came easier and the technical stuff wasn’t a headache. People still read and commented and that was an incentive to keep posting. Other bloggers’ posts inspired new topics and so on. The community was still there but the blogs were largely inactive, rarely updated.

Now, the community is challenging me to get back to writing at least two times a week. The trial period is July. I’ve already faltered in the first week, but that’s okay. I can make it up.

Yesterday afternoon I got a message on Flickr from a user I didn’t know. He alerted me that someone on Facebook was using my photos and also harassing him and his family.

I didn’t know if it was real or not but it couldn’t hurt to search Facebook.

I searched and found some weird stuff.

Um. What?! I don’t have anything against the employees of Walmart, but I’ve never worked there or any other retail position. Also, I’ve never heard of the name “Consuela,” but I do know a couple of Consuelos.

I checked out the photos and “Consuela” had been using my personal and family photos for almost a year.

I guess we have something in common. I really like this photo too and have used it since ’08 as a profile or avatar photo.

This one really bugged me. That’s my family! Using my photos is one thing. That’s creepy, weird and just plain wrong, but using photos of my family is on another level. I’ve seen enough episodes of Catfish to know that this kind of thing happens, but never wanted to search for my own photos on Google Images. Where would I even start? I have thousands of photos online. By the way, I searched the stolen photos later. None showed up on the Facebook profile probably due to privacy setting. My photos did show up where they’re supposed to: my blog, Flickr account, friends’ blogs, and blogs where I occasionally comment thanks to Gravatar. I believe “Consuela” downloaded the photos from my blog based on the photo sizes and the fact that all my photos are friends only on Facebook. My download settings on Flickr are limited too.

After going through the photos, I sent a couple of messages asking “Consuela” to remove the photos. I also looked up how to report an impostor account and submitted my complaint. I posted about it on Twitter and Facebook. Several friends reported the fake account as well by saying the user was pretending to be someone they knew. Each time they submitted a complaint, I’d get a message:

I haven’t received anything from Facebook, but later in the evening I noticed my photos were gone. A friend told me a few moments later that there were new photos up on the profile. I’m assuming “Consuela” stole those too.