Monday was my 35th birthday. To commemorate the start of another year of life, I’m giving 35 snippets on life, things I like, and whatever else is too short to really warrant a blog post. 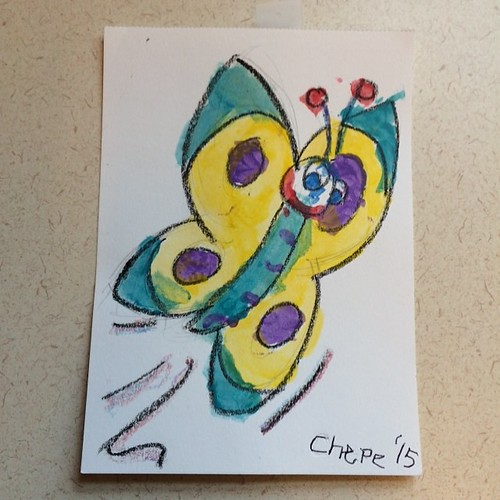 1
The first card I received for my birthday was delivered last Wednesday. It was a butterfly painted in water colors by Papá Chepe. On the back he wrote “feliz cumpleaños” and signed his name. It was perfect. I might’ve cried. Following his stroke, he’s had to relearn to write with his left hand.

2
Sean got me a silly card about farting. Don’t worry, the romance is still there. We just share the same immature sense of humor.

3
Xavi’s card featured Thomas and Friends and had stickers. I let him keep the stickers. 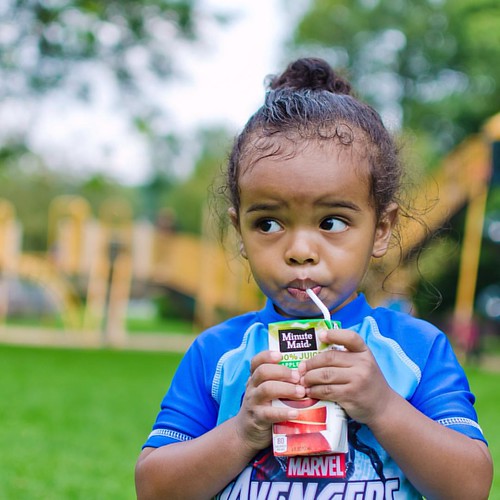 4
For some reason he puts his stickers on his sock-covered feet. He’s silly like that. 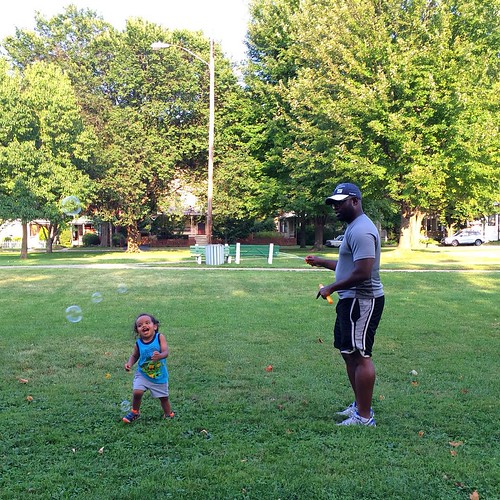 5
Sean and Xavi gave me a comal. I forgot the old one on the stove back in LA. Sean said this one had the best reviews. All the other ones “got hot too fast” or “burned [owner’s] tortillas.” I’m baffled that a comal can get a bad review. These people have to be doing it wrong.

6
I used to be a big fan of taking the day off on my birthday and doing something like going to Disneyland. Not this year. It’s the second week of the semester and our office is still pretty busy with welcome events, orientations and the like. Plus, there’s no Disneyland nearby. 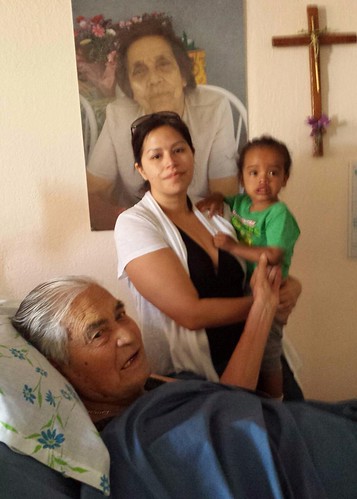 7
Family members in LA called to wish me a happy birthday. Again, Papá Chepe’s birthday greetings were most touching. He sang “Las Mañanitas” to me. It was beautiful. (The photo above is from the day we left LA.)

8
I’m a little bummed I wasn’t in LA for my birthday, but not upset to miss the triple-degree heat.

9
No one at work knew it was my birthday.

10
I ordered myself a necklace from MALA by Patty Rodriguez. It hasn’t arrived yet. I’m such a slacker on buying birthday gifts that even when I treat myself the gift is late.

12
We’ve started the process of trying to get Xavi in to speech therapy through early intervention. Since we’re in a new state, we basically have to start all over again. I have a lot of feelings about this, but the people we’re working with are quite kind.

13
I finally finished Late-Talking Children: A Symptom or a Stage? by Stephen M. Camarata. It’s a good guide for parents on how to navigate the system. It’s also simultaneously worrisome and reassuring. Of note: Camarata never mentions bilingualism. Thus supporting my doubt that bilingual kids are more likely to have speech delay as has been stated a few times when I’ve written about Xavi’s speech delay. 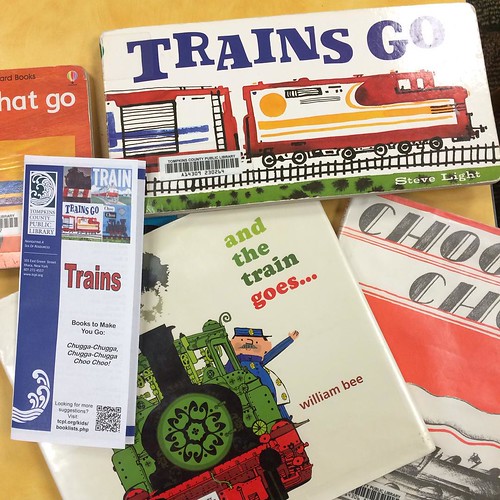 14
According to Goodreads I’m 4 books behind target to reach my goal (75). Boo. Must download more audiobooks. Or maybe I should count the books I read to Xavi. Note: I love that the librarians put together an easy list of books about trains for kids like Xavi who are obsessed.

15
I found out recently that LA Public Library cards can expire. That’s not cool. At least the university library has ebooks and audiobooks accessible through OverDrive. Yeah, plus one for being at an Ivy League institution!

16
I’ve had a few fish out of water moments. One: At a secondhand kids store I put down my name after purchasing a toddler bed and table for Xavi. I spelled out Mosqueda for the cashier. She tried to pronounce and I corrected her as I’ve done many, many times over my life. Her response to the correct pronunciation? “That’s beautiful.” Rather innocuous, but it was just so strange. I’ve never heard anyone describe my last name as beautiful.

17
Technically I have two last names, but the second is much easier to spell and for ease and not to confuse folks I keep it to Mosqueda. This way I can avoid folks thinking Mosqueda is my middle name and calling me Ms. Campbell. That sounds so weird!

18
Fish out of water moment two: The waitress at a Mexican restaurant in Ithaca was totally confused when Sean ordered mole. Yes, it was on the menu under the chicken dishes. Either she was new and didn’t know the menu very well or she thought it was pronounced like the animal. 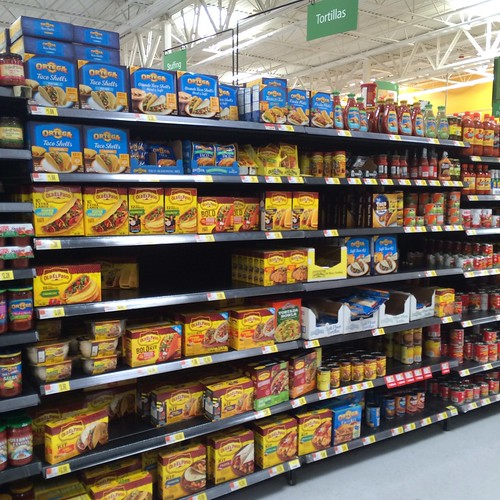 19
The tortilla section at WalMart was full of Old El Paso taco shells, taco bowls and other products. There were NO corn tortillas. I nearly cried. I have a tortilla press and can get the masa to make my own, but I’m also kinda lazy. 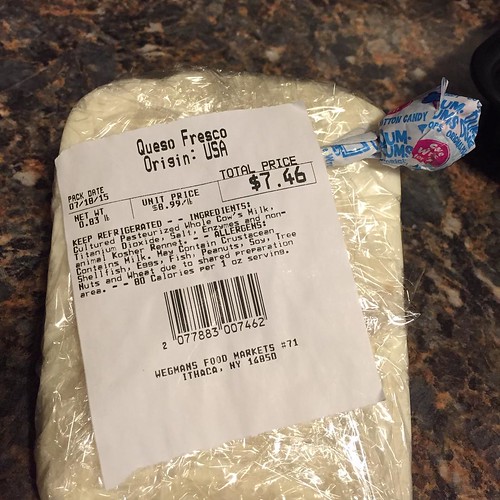 21
When people find out I’m from LA they’re really curious about why I’d move to Ithaca. I know the winter is going to be rough, but I came here for the same reason they did, to advance my education/career. 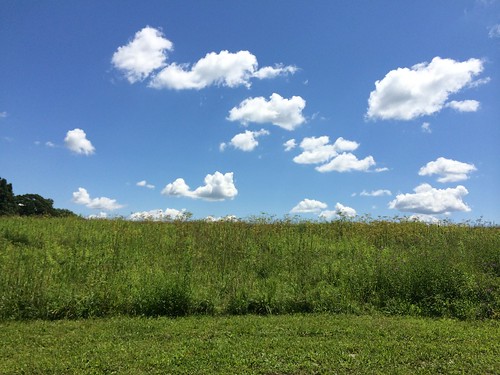 22
They ask a lot about how I like Ithaca. Although I’ve been here two months I haven’t had much of a chance to explore. Plus, I can’t really assess the town when a sizeable chunk of the population was gone for the summer. Xavi and Sean have explored lots of parks and kids activities.

23
I do say that I’m surprised by the noisiness in our neighborhood from traffic and the neighbors across the street. My neighbors in LA were pretty noisy but by the evening it quieted down. Here we still have large trucks or emergency vehicles drive by (we are at a major intersection).

24
We went to a park that was 20 minutes away this weekend. I told Sean, “Oh, it’s far,” after I had mapped it out. Ithaca is messing with my sense of what is close and what is far.

25
I miss our old churches, both St. John Vianney and St. Augustine. I miss the option of an afternoon mass, air conditioning (at least at SJV) and the music. 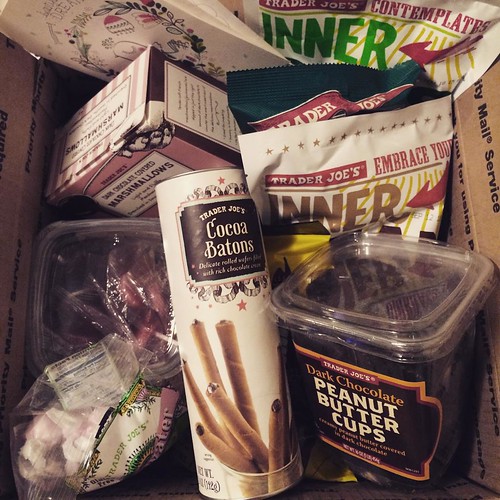 26
I miss my favorite cereal and yogurt from Trader Joe’s. The nearest location is in Syracuse (which I learned is pronounced like Sara-cuse not Si-ra-cuse). I stocked up on items when we were in Long Island over Xavi’s birthday weekend. My old co-workers also sent me a care package with TJ’s snacks. I miss them too. 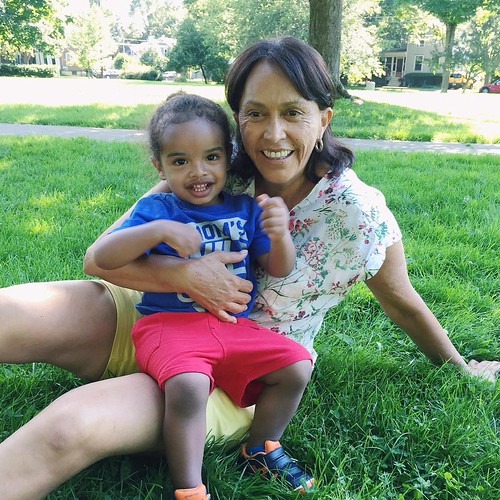 27
I missed family and LA most on the day my mom flew back to LA. She visited for ten days in late July and early August. In between flights I texted her that she should get some reast. She said she couldn’t even sleep because she was so sad to leave Xavi. Ugh.

28
While my mom was here we took advantage of the free babysitting. We watched Inside Out. It was entertaining, but nowhere near my favorite Pixar movie. It did make me wonder about Xavi’s core memories that are shaping his identity.

29
Speaking of no longer having access to free babysitting, I was surprised to see Ithaca as one of the top 10 most expensive cities to raise a family in the US. The list came from a report by the Economic Policy Institute on What Families Need to Get By. Here I thought I was moving to an area with a lower cost of living, but not so if you factor in taxes and child care. I recommend doing the side-by-side comparisons.

30
Any disjointed post or photo dump should include recent favorites. I won’t include things I pay for because I’m not about endorsing stuff. First: Super Mamás Podcast – Bricia and Paulina Lopez, two sister and new moms living in LA. Bricia’s little boy is about 4 months old and Paulina has two girls (about 1 and 4, I think). The two sisters speak about striking a balance between using the knowledge they might have gained from their traditional Mexican families along with newer or modern parenting approaches. They have great guests who discuss mom issues I hear less about in other parenting podcasts such as what it’s like to be a teen mom, a singly mom or being a full-time working mom who also has side hustles as an entrepreneur. The podcast is pretty new and they’re only 9 episodes in. However, I’ve already come to look forward to their new episodes. Coincidentally, both sisters delivered their babies at the same hospital where I delivered Xavi. So when they recounted their birth stories I could imagine the same maternity ward. Even better, most of their guests are from LA and they have that LA Chicana/Latina accent I miss.

31
Another Round Podcast with Heben and Tracy – They just make Tuesdays better. I’ve “known” Tracy Clayton through PostBourgie.com and #thatsite for many years. I knew she was hilarious in written form, but her humor and stories are just as entertaining via podcast. Heben Nigatu is also a writer for BuzzFeed and together they make a great team. It probably helps that they have great guests such as Roxane Gay and Lianne La Havas. In the most recent episode they featured small children giving advice on how to be a big brother or sister. I might’ve cried thinking of (a) how awesome it is to have siblings and (b) how I want Xavi to have that experience.

32
Sherman Alexie’s Twitter feed is hilarious. I want to favorite every single tweet. He also started a podcast about a year ago with long-time friend and fellow writer, Jess Walter. On A Tiny Sense of Accomplishment they read works in progress, chat with other writers, answer listener questions about the process and discuss things such as the role of grief in their writing process.

33
OverDrive and public library memberships. OverDrive makes it easy to search for and download eBooks and audiobooks from various public library systems. I rarely buy books these days for myself (Xavi still gets new books) because I just don’t have much space. I borrow from OverDrive through the university and local library system.

34
Radio Ambulante is my favorite podcast in Spanish. Well, it’s the only podcast I listen to in Spanish. It’s hosted by writer Daniel Alarcón and features stores by journalist throughout the public radio world. I need more podcasts in Spanish, but for now Radio Ambulante will do.

35
Turning 35 years old means I’m now of advanced maternal age which could factor in when/if we try for another baby. I didn’t have a rough go of it the first time around at 32 years old, so I can only hope that a few years doesn’t make a big difference.