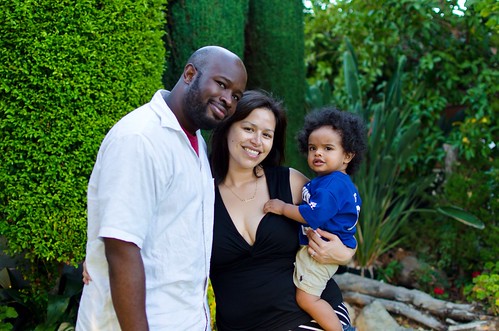 It’s been exactly one year since I returned to work after a 3 month maternity leave. It was a tough morning and the week leading up to my return was filled with anxiety.

I don’t cry when I leave to work anymore and there are no balloons in my office. I settled in to a new routine, pumping in my office stopped being awkward, and I liked commuting by bus because it gave me some time to myself to read or just stare out the window.

These days my schedule has changed due to my fitness class. I leave to work later, occasionally I’ll get some morning play time in with Xavi. Sometimes he doesn’t even wake up before I leave. And then there are the mornings where he cries a little as I leave. It’s not a full on meltdown, but it still makes me feel guilty. I feel better knowing he adores Lupe, his babysitter. (He runs to her when she arrives.) 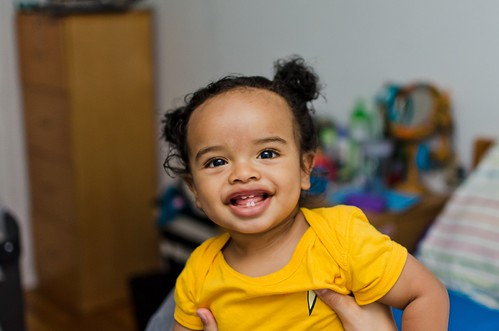 Aside from my schedule, the other big change is that I stopped pumping in September. I was down to one pump a day and was planning to stop after Xavi’s birthday but didn’t want to affect nursing at home. He shows no interest in weaning and I’m cool with that. Anyway, one day I just didn’t get around to pumping and felt okay. If I have an extra long day, I’ll still take the pump. (In that first month when breastfeeding felt like the hardest thing ever, I didn’t imagine that at almost 15 months I’d still be gladly breastfeeding.) 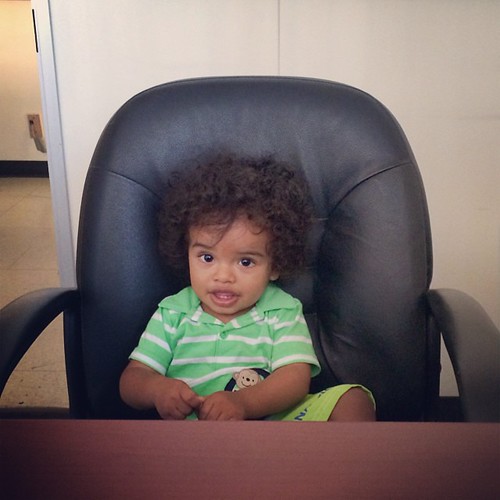 I stay later on the days I workout to make up the time. Sean is typically home first and he brings Xavi out for a walk to meet me. It’s my favorite part of the day to see tiny Xavi walking with Sean toward me on the sidewalk. Sometimes they’re already on the corner and I can hear Xavi’s happy screaming when he spots me getting off the bus from across the street.

Once we are both home, Sean starts dinner while I nurse Xavi. Afterward, we sing (current favorites are “Puff the Magic Dragon” and “Little Black Raincloud”), read, play hide-and-seek, go out for walks to checkout the neighborhood dogs and play with his plethora of toys. I also do a lot of chasing to make sure he stays out of the kitchen. He moves surprisingly fast. At least he’s a noisy walker/runner so I know when I need to hustle. 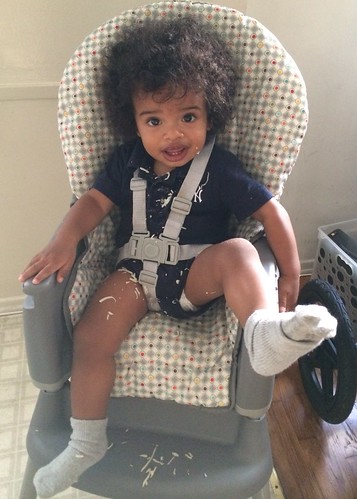 After dinner Sean takes care of bathing Xavi and I start cleaning up in the kitchen, making lunch with the leftovers or getting ready to put Xavi to bed.

Then we go to bed and I read a little before showering and getting my stuff ready for the next day. 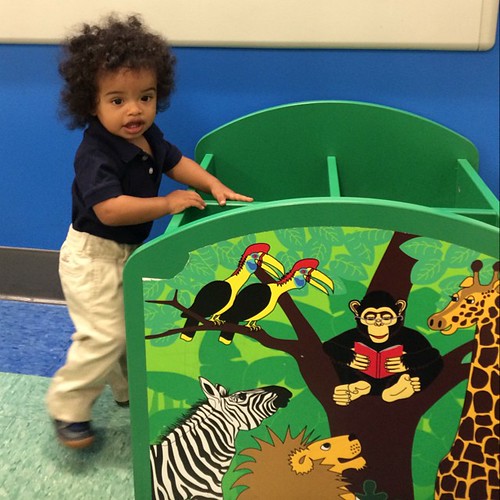 I marked my anniversary of being a mom + full-time worker bee by staying home with the little guy. Lupe is visiting family in Houston so Sean and I are taking turns staying home. Today we went to the doctor for a checkup, had a long afternoon nap, walked around the neighborhood to check out Halloween decorations, practiced climbing the stairs and met up with Sean on his walk home.

2 thoughts on “One year, two shifts”