I say/write “this time around” a lot these days when talking/writing about my pregnancy. I can’t think about what’s happening now without my reference point of 2012/13.

It’s all feels so different and that amazes and baffles me. How could it have been so easy just a few years ago? Why am I still feeling morning sickness/nausea at the end of the 2nd trimester?

The big — and most important — things are still the same. Once again I’m experiencing an uncomplicated rather “easy” pregnancy and all signs point to carrying a health baby. I can’t complain.

But I still think I should write something, just so I have it for reference to look back on. If these kids ever want to know what they were like in utero, I can go to my archives and say, “Xavi, we called you Meatball and you didn’t kick me until 23 weeks! I was totally freaking out. And ______, we didn’t find out if you were a boy or a girl. Your nickname was Bubble and you began kicking/punching around 18 weeks.” 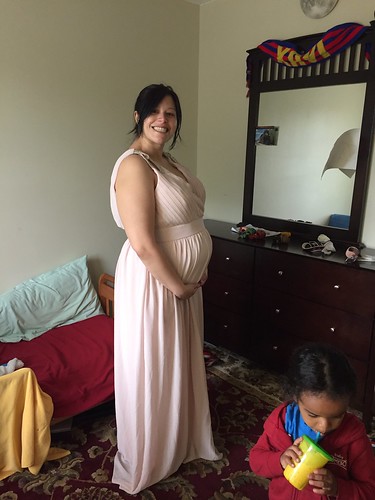 What’s the same:
Relatively uncomplicated
Carrying “small.” I haven’t gained much weight, but ditched my pre-pregnancy pants around 20 weeks.

Health care
Since we moved states and I have a new employer, I have different health insurance and new healthcare providers. In LA I had Kaiser Permanente, a large HMO. I was assigned an OB/Gyn after my first same-day appointment at about 5 weeks just to confirm I was pregnant with a blood test. My doctor was pretty awesome and my prenatal care was truly “covered.” I never had a co-pay for any visits or anything diagnostic such as a test or ultrasound. In fact, the only thing I paid for was parking until delivery/hospital stay which was a reasonable co-pay of $250. We did pay for optional labor and newborn prep course. All labs, ultrasounds — which I had every single visit — and breastfeeding support was covered. I never even saw a bill from Kaiser.

This time I’ve found a local practice that has both midwives and ob/gyns. I’ve opted to only see the midwives as I’m comfortable with that. Instead of seeing the same provider every four weeks, I see whoever is available when I schedule. So far, I’m happy with my care but grumbling about co-pays, co-insurance and prenatal care that isn’t 100% covered as I thought when I chose my benefits plan. I was pretty confused when I got my first bill for the first trimester blood draw to test things like my iron level. I know I’m fortunate to have insurance and we can afford the costs, but it’s still much different. As for quality of care, gone are the days of seeing my baby at every appointment. I took that for granted with Xavi, but was so excited for the 20-week anatomy scan because I’d get to see baby again! The baby’s profile looked so much like Xavi and I can’t wait to see what he/she looks like. I do have competent, kind and respectful caregivers. They don’t treat me like I’m ancient just because I’m 35 years old or push extra tests on me. 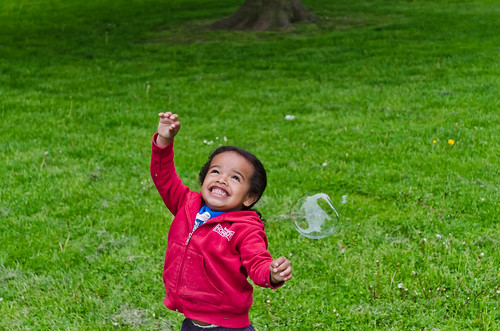 Symptoms
I had it pretty easy with Xavi. I tell people that on the same day I went in to labor at 41 weeks I took a long midday walk hoping it would help get labor started since I was scheduled for an induction the next morning. The walk was more of a hike since the 5-mile route is pretty hilly. I didn’t run, but I did stay active through walking and generally felt okay. I had my weird dizzy spells, but was able to get through them okay and never actually fainted. As for nausea/morning sickness, it was fairly mild.

Bubble is kicking my butt. My morning sickness in the first trimester was much worse than with Xavi. I was happy on the days I kept all my meals down. Once the fatigue and nausea let up in the second trimester then the constant colds started. This coincided with Xavi starting daycare. I got whatever he got, but worse and for a longer period. The congestion made my symptoms worse. All the sickness has probably contributed to slower weight gain. I also have more aches and pains. It’s probably a combination of second pregnancy, age and being heavier than I was in 2012/13. I’m also feeling the effects of being less active. I get tired walking short distances or being on my feet a lot. I know with the Ithaca heat and humidity I’ll feel more uncomfortable.

Baby
I didn’t feel Xavi move until nearly 23 weeks. It stressed me out. When he did move, I never felt it was uncomfortable, no sharp kicks or jabs. It was most amusing when he had hiccups. I’ve felt Bubble move since 18 weeks and he/she is pretty active. It’s nice to be in the middle of work and be distracted by Bubble dancing around in there, but sometimes it just feels weird.

We also don’t know the sex. I liked knowing with Xavi. Since we were preparing a nursery and my family was planning a big baby shower, it gave some guidance on how we wanted to decorate or what gifts family/friends might want to buy. I know that’s not necessary, but gender neutral clothes is harder to find than it should be. Once we found out baby was a boy, it made things more concrete and helped us move forward on the name.

With Bubble we are not setting up a new nursery and already have all the key baby equipment. If the baby is a boy, then he’ll have tons of hand me downs. If a girl, she can wear Xavi’s clothes too and I know her grandmothers will go nuts buying her new stuff.

Names
With Xavi we had a shortlist for boy and girl names midway through. We had a front-runner by 6 months.

I’m not sure we even have a shortlist yet. (Update: Sean disagrees and is lobbying for his first choice boy name. He’s also convinced we are having a boy.) 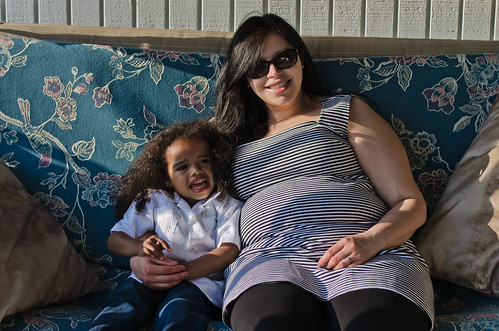 Emotions, excitement and stuff
I’ve read about other women not connecting as much to a second pregnancy. I can relate. It’s not that I’m not excited, but a lot of the preparation we did for Xavi isn’t happening this time around for space/logistics reasons.

Being away from our families and almost all our close friends adds another layer. In LA, my mom and sister would be oohing and aahing over my bump and friends would ask the standard questions, “Do you know what you’re having? Any names?”

Here, few people actually know I’m expecting and if they do they’re not asking questions which I think is a factor of age. From my previous experience, I knew that college/grad students aren’t that excited about babies. In LA it seems like everyone is pregnant. Four of my cousins have had babies this year or are expecting and a few close friends have also had babies.

I did feel some of the excitement when I was in LA recently for Adrian and Alexis’ wedding. It seemed like all my tías and cousins had an opinion on the baby’s sex based on how I was carrying (low vs high) or if Xavi was clingy/jealous. I also got to meet/see some of the new babies in the family/friend group. Xavi even held his newest baby cousin, 2.5 month old Zack, and it was adorable.

I definitely feel Bubble and think about him/her, but I have a lot less time to just sit around and contemplate this baby and think about how our lives are going to change. I already know what labor and birth is like, though I know better to expect the same. This goes for newborn life too. When I get home, I’m not reading my baby book or pregnancy blogs. I’m playing with Xavi, doing the dishes with him, reading to him or trying to get ahead on work for the next day. And I’m thinking of how to prepare Xavi too.

One thought on “This time around”