Earlier this year I tweeted.

Is it too lofty a goal to get through winter without complaining on social media about the weather? Or would I just go silent until spring?

I feel like the minute I post any complaint LA friends and family will start with “I told you so” and screenshots of the temps in LA.

I made it a mini goal. 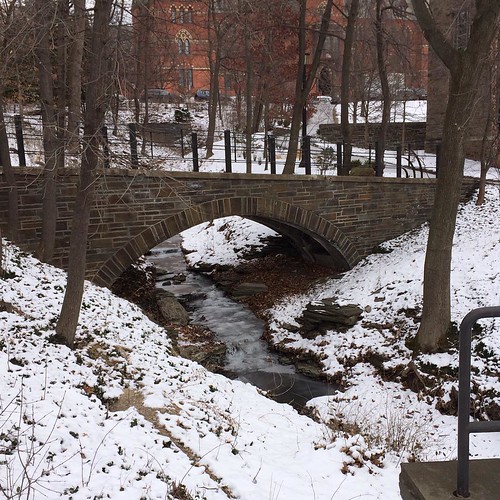 I had three key reasons. First, weather posts on social media seem a bit lazy. There are so many other things to post about. Second, I wanted to avoid any responses from friends and family in LA gloating about the 70-80 degree weather in the winter months or the “I told you so” comments. I don’t need reminders of how nice and warm it is in LA this time of year, I see it all over social media. Last, I wanted to avoid the “welcome to real winter” comments. As an LA/Southern California booster of sorts, I chafe at comments that my hometown doesn’t have a “real winter” or seasons in general. Why does northeast/midwest winter count as “real winter” when the country (continent, planet, etc) is home to a variety of climates? It’s silly to think winter much closer to the equator and at sea level would be as cold as it is several degrees north. Plus, someone always has it worse. I’m sure Canadians laugh at what a NYer calls cold. 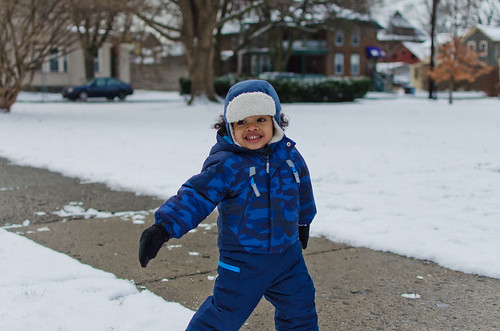 All that said, I haven’t had much to really complain about. Winter hasn’t been that bad. Ithaca/upstate NY avoided the big snowstorm that hit NYC and the mid-Atlantic about a month ago with record snowfalls. The temps have been mild for the region, especially compared to last winter, so I’m told. Ithaca and the university are really good about dealing with the snow we do get (max has been a few inches/day). The university doesn’t even do snow days. I don’t drive to work so I don’t need to deal with brushing off snow or waiting for the car to warm up each morning. I don’t need to spend much time out in the elements because the bus stops are 4-6 blocks away (max) and 1 block away (minimum). And we don’t have driveways or sidewalks we need to shovel or maintain in the winter. 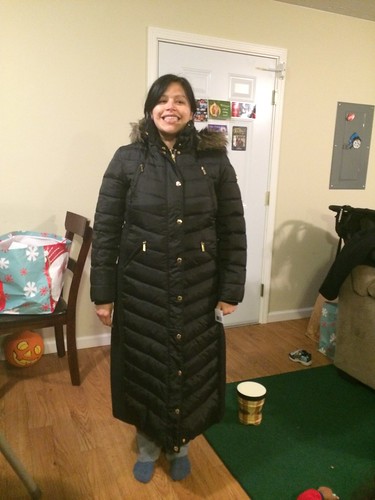 Of course, I had to upgrade my winter gear. I bought a short down coat (Nordstrom Rack, for the win). This replaced my every day wool blend coat that no longer closes (this one). My generous in-laws gave me a long and very warm down coat for Christmas that is perfect for the days it’s in the 20s and below. I haven’t had to buy any additional underclothes to keep me warm under thin pants because the coat does it’s job. Sean and I exchanged snow boots as Christmas gifts and my sister hooked it up with warmer gloves. 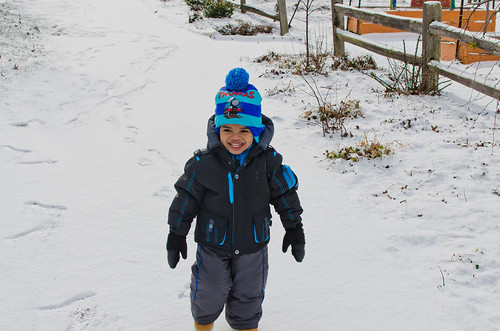 Xavi is still adjusting to Ithaca winter. He has fleece-lined jeans, snow pants and a few puffy coats. We try to get him to keep his hats and mittens on, but he/his hair have their own ideas. He insists on being carried when it’s colder than the 40s, but otherwise he’s happy running around. 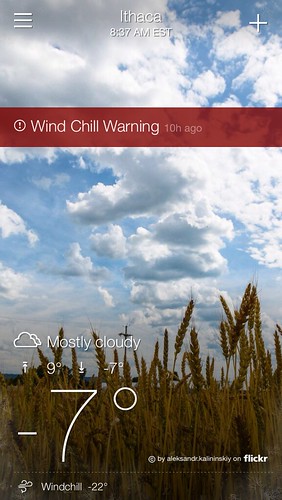 Sure, there are weekends when I just want to hibernate. See above. (I didn’t even know wind chill warnings were a thing.) Sean was the only one who went out that day and it was only for very quick errands. It took him longer to get dressed than to run the errands. I didn’t think Xavi needed to experience what -22 feels like. That weekend was an exception.

Overall, we’re managing, but I do miss hoodie weather and almost all things LA (not traffic though, Ithaca is nice in that regard). But what’s new?

One thought on “The first Ithaca winter”