These days I’m missing California a lot. With festivals for Día de los Muertos, there’s always something to do in late October. Plus, I love Halloween and in recent years family members have thrown parties. Last year was tough with Mamá Toni’s recent passing, but even then it was still a time spent with family as we gathered for the traditional novena (nine evenings of praying the Rosary) and followed the prayer with tamales, pan dulce or pozole.

Nevertheless, I think this was one of the best weekend’s we’ve had in Ithaca even though half of it was spent doing chores. 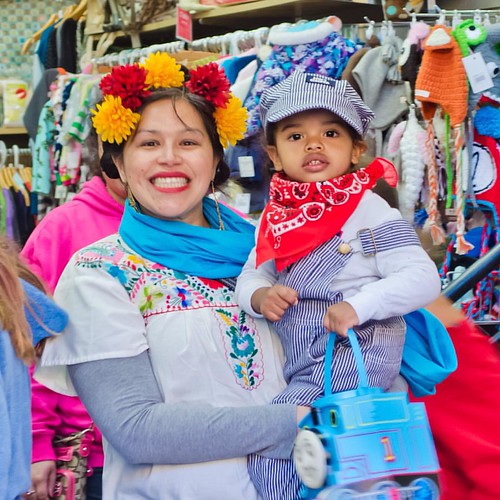 On Friday I left work a little early so I could change in to my last-minute Frida Kahlao costume* and join Xavi and Sean for trick or treating in the Commons. Most businesses were passing out candy or other treats and it was full of kids and their parents in cute costumes. 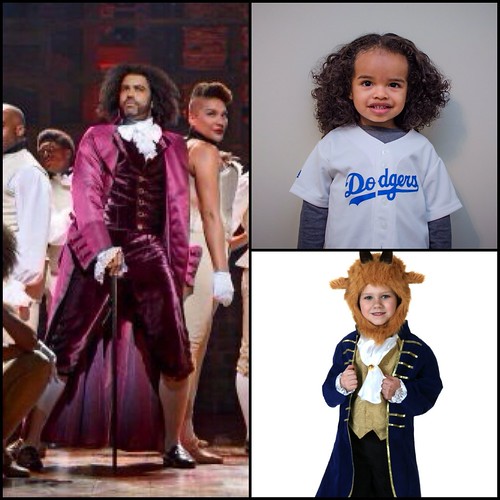 We decided to play up Xavi’s love of trains rather than our love of Prince circa Purple Rain (why don’t costume shops make these) and my current obsession with all things Hamilton the musical. He could’ve been that other significant Thomas [Jefferson — as portrayed by Daveed Diggs].

He got a lot of compliments and was a champ at grabbing candy and placing it in his bucket. Last year he enjoyed knocking on doors and ringing doorbells, but this year he was all about choosing candy and 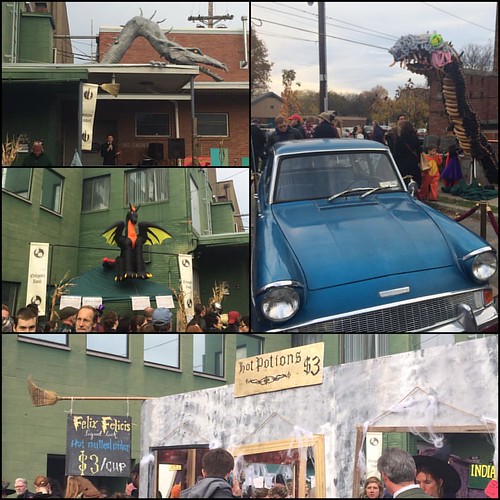 On Saturday we tried to check out the Wizarding Weekend downtown (er, 6 blocks away). It was crowded, but we still were impressed by Ithaca. The organizers transformed the area in to various sites in Hogsmeade, Hogwarts, and Diagon Alley. We missed Quidditich and didn’t get to taste butterbeer, but maybe when Xavi’s older we can all dress up as wizards.

After visiting Hogwarts we did more trick or treating until we were tired and kinda cold. 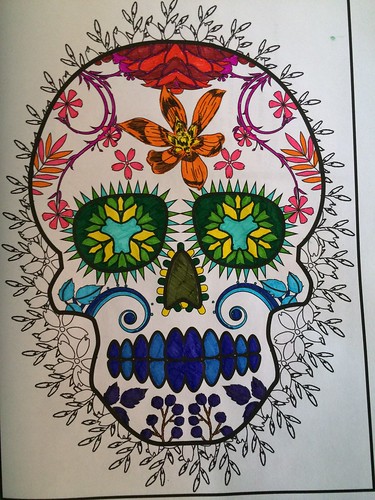 On Sunday I put the finishing touches on our altar. This is the first time I put together an altar. It felt important this year for Xavi to see it and to also remember family and friends since we’re so far from everyone. 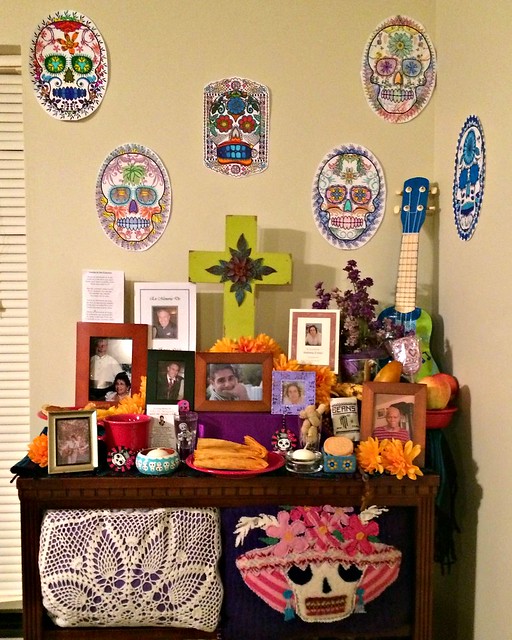 We put up pictures of Sean’s Aunt Myrtle who passed away earlier this year, Kevin (2014), tío Joe (2010), Grandpa Bartolo (1997), Grandma Juana (2000), tío Johnny (2012) and Mamá Toni (2014). I made do with what I had on hand, could easily find. Rather than sugar skulls I colored calacas (Xavi helped) and put out cookies rather than pan de muerto. We also set out tamales (made Mamá Toni style), a ukulele (no guitar on hand) for my tío Johnny, pancakes and coffee for Grandpa and Grandma, and some more food. I didn’t have a needle and yarn for Mamá Toni, but did put up some of her handiwork. She knitted the pillow on the left.

Hope your Halloween was fun and safe. If you observe Día de los Muertos, I hope doing so was a nice remembrance of your loved ones’ lives.

*No unibrow because Frida is more than a unibrow, it’s barely visible in some photos. Plus, I don’t actually have an eyeliner pencil to draw it in.