On Sunday my dad called me. I knew what he was going to say before he said it. _____ passed away, mija.

There’s something about his voice that is hard to hide when he calls to share news about a family member or friend’s passing.

This time the name was Alicia. He didn’t even need a last name. 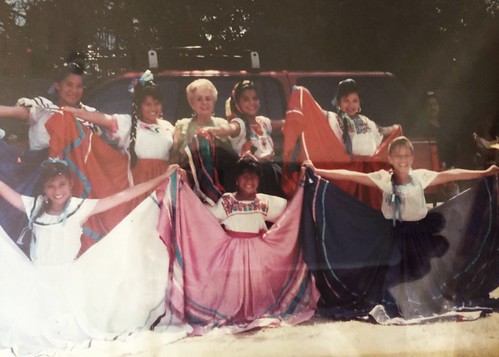 Alicia has always been just Alicia since I first got to know her in the early 1990s through church. Alicia was the primary organizer and benefactor of a ballet folkórico that formed at church. She did so much for us. She took time out of her schedule to organize the rehearsals, found places for us to perform and even helped pay for the fabric to make the dresses.

She showed us she cared and accomplished what she set out to do by starting the group. I don’t know when it happened, but when she was much younger, she lost a son to gang violence. As I recall, her son was no involved but he was an innocent victim. In her grief, Alicia tried to reach out to youth in gangs, but found that these youth may be too entrenched in the life. She needed to reach out to youth who weren’t involved yet.

Danny, Lori and I were all in elementary school when we started with the dance group and continued dancing for a few years. In those years we performed at the annual church carnival in the summer and for the Fiesta de la Virgen de Guadalupe. We performed at her son’s restaurant in San Juan Capistrano and were paid in delicious carne asada nachos. Those performances were always extra fun as it was a short road trip with my good friends in the group. She also set up shows for us at youth group homes and convalescent homes. 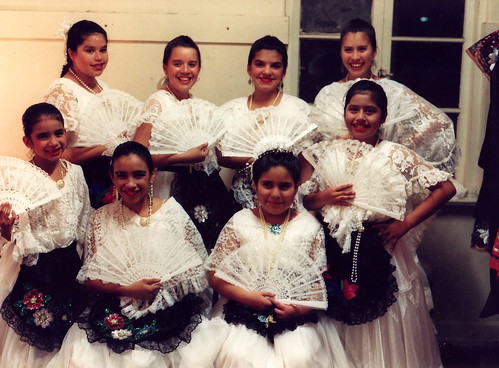 The performances at the restaurant were fun, but the most memorable time was when Alicia organized a trip to the Shrine Auditorium for a performance of the Ballet Folkórico de México de Amalia Hernández. I remember being starstruck as Doña Hernández left through the stage door.

Thank you Alicia for all you did for us. It’s been a long time since I’ve danced ballet folkórico, but the zapateado and lessons have always stayed with me. More importantly, thank you for showing the importance of being involved in your community and contributing in whatever way you can as a role model. You were the definition of that lady in the village who looked out for us kids.

Thank you to Angelita, the mom of two of the girls in the group, for sharing this picture with my dad.