Use your words, part I 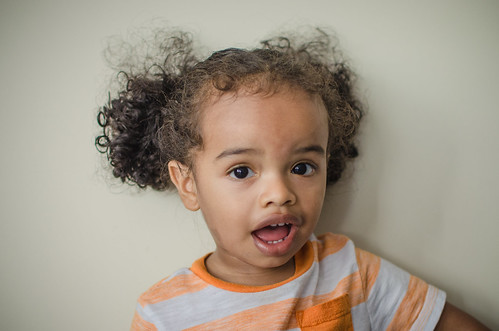 Before we moved from LA I requested my medical records and did the same for Xavi. It was pretty much all review except for the results of Xavi’s initial assessment with the speech language pathologist. I remember looking through PDF and seeing the raw score, the age equivalent and percentile ranking and feeling like I’d been sucker punched. I wanted to cry.

What I heard from the SLP was “Xavi should get one hour of speech therapy. He also qualifies for early intervention pre-school. Let’s set up the former and you can look into the latter.”

It was something like that. On paper the situation seemed more dire.

Xavi started speech therapy for an hour a week and attended for about six weeks before we moved. The location was close and convenient and Xavi liked playing with new-to-him toys and running around the indoor gym/playground. He was also starting to make some improvements.

In the midst of starting a new job, getting acclimated, and moving I dropped the ball when it came to continuity for Xavi’s speech therapy. I finally called the county early intervention office after his second birthday. I shouldn’t have waited so long. I assumed that with our medical records and Xavi’s initial assessment in April he’d be able to start therapy soon. Nope.

Since we’re in New York, we had to restart the process. I wanted to kick myself. I should’ve called as soon as my new insurance kicked in on my first day at the new job. As expected, it’s taken several weeks to get Xavi in speech therapy once again. In the mean time he’s taken to communicating through lots of pointing, pulling us along, nodding his head, signing and using a few words. I’d love to hear him say “‘Bye, mamá” when I leave for work, but right now a big hug, waving goodbye are enough to give me warm fuzzies.

Below is our timeline:

Aside from waiting, the process has been pretty painless. After reading Late-Talking Children: A Symptom or a Stage? by Stephen Camarata I was worried that we’d have someone who would be pushing a diagnosis that didn’t fit or advocated something that could be harmful.

I started reading Late-Talking Children in the spring. I saw it a bookstore on campus and was intrigued enough to request it from the LA Public Library. I slacked on it and only got through the first couple of chapters. I bought the e-book and finished the second two-thirds a few weeks ago.

Late-Talking Children was exactly what I was looking for. It’s easy to go online and read some parenting magazine’s short post/article about speech delay or another parent’s experience, but I wanted evidenced-based info that was also accessible. Camarata lays out the current research and what is known about late-talking children while also including anecdotes seen through his clinic at Vanderbilt University. 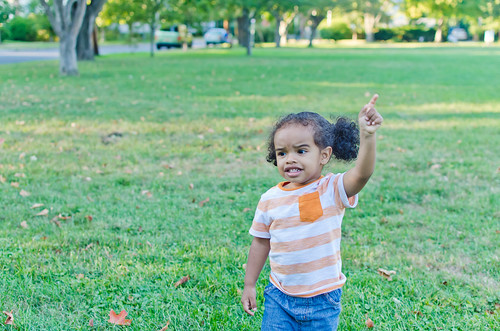 While Late-Talking Children is very useful and reassuring, it also left me a bit worried and stressed. The first few chapters made me think that Xavi’s speech delay was a stage he’d grow out of rather than a symptom of something else typically linked to speech delay, particularly autism. This was probably why I got lazy and stopped reading initially. Plus, by that time Xavi was already in speech therapy and we were happy with the services he was receiving.

As I started reading more I got worried. Camarata writes about several cases where parents and their children didn’t receive the treatment they needed or clinicians/educators insisted on a certain diagnosis. He acknowledges that these instances are not the norm, but it’s still enough to make you think you’re going to need to go to battle every time you speak to a pediatrician, teacher, speech therapist or other professional who works with early intervention programs. Plus, I couldn’t help wondering about the socioeconomic aspect. I imagine it can be intimidating to argue about an IEP with teachers or clinicians if you’re not fluent in English or they talk down to you because you don’t have multiple degrees from fancy colleges or universities, not that this means everything will be easy as seen through Camarata’s personal experience. He and his wife, an experienced speech pathologist, faced challenges trying to get their late-talking son in a mainstream classroom. While they were both experts in this area, they still faced push back from the teachers and clinicians who were supposed to have his son’s best interest at heart. Yikes.

Thus far, I haven’t felt like I’m doing battle. It’s been the opposite as the only challenge has been waiting a pretty normal amount of time from referral to beginning speech therapy. The handbook we received from NY early intervention office clearly outlines parents’ rights such asking for a second evaluation or declining services. For instance, if the occupational therapist found that Xavi had issues with fine or gross motor skills and recommended occupational therapy, I could have declined this without affecting his right to have speech therapy.

Interesting thing to note: Camarata never mentions bilingualism as a possible cause for late-talking in his section on characteristics of late-talking children.

Overall, I recommend reading Late-Talking Children if you want to be better prepared to advocate for your child if he/she needs early intervention services. 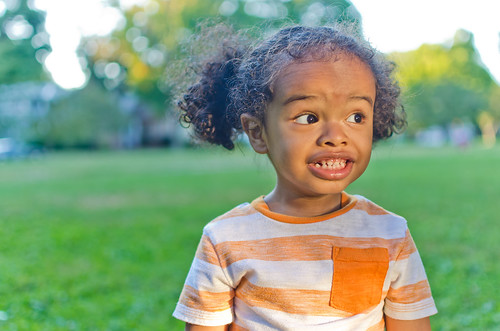 Xavi’s review: I like this book because there’s a train on the cover. [Seriously, I had to hide the hardcover book when I had it because Xavi would take it away from me. He loves his trains and instantly likes a book more if it includes a picture of a train.]