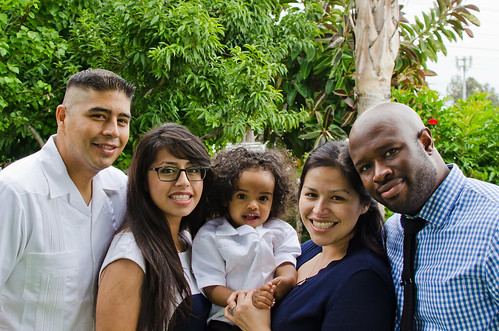 Sean and I have a lot to do in before we leave LA. One of the things that seemed most urgent was getting Xavi baptized.

It was never a question that he would be baptized. Sean and I promised it a few times in preparation for a Catholic marriage. It’s customary to baptize children as infants. I was baptized before I was a month old. Mexicans throw big parties to celebrate this with food and “bolo.” The godparents throw out coins and there’s a mad scramble to pick them up. It’s like the piñata candy melee but more people join in because who doesn’t need some quarters to do laundry or to add to the piggy bank? 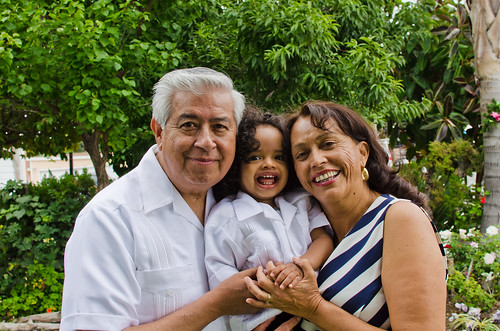 My mom kept bugging me about it and I shrugged off her exhortations because we hadn’t decided on godparents. It’s not an easy decision. Being a godparent means a lot of things, but I didn’t want it just to be an honorific. I wanted Xavi’s padrino and madrina to accept the responsibility to be co-guides of Xavi’s faith journey.

So, while I was helping a group of 17 teens prepare to be fully initiated Catholics – that’s when you’ve been baptized, and done the sacraments of Reconciliation, First Holy Communion and Confirmation – I was delaying the first step of that process for my own child. Oh, irony.

When leaving LA became a reality in early May we needed to make a decision. 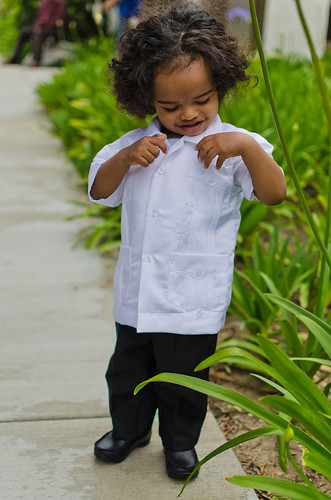 Sean and I picked Danny and Lori to be Xavi’s padrinos. Xavi asked them on Mother’s Day with little notes saying, “will you be my padrino/madrina?” Of course they said yes, and almost cried. They’re both ecstatic just being uncle and aunt to their first nephew, now they get to do a little more.

We rushed through the process of selecting a church, picking a date and taking the preparation class. We were able to get in last minute at St. John Vianney in their parent and godparent preparation class. Sean and I go to mass at SJV about once a month and it still feels like home when I see lots of familiar faces. That happened during the class too. Two of the four couples leading small groups were friends’ parents.

Last Wednesday we took the course and I was reminded why I chose Danny and Lori and what I want Xavi to learn from them. 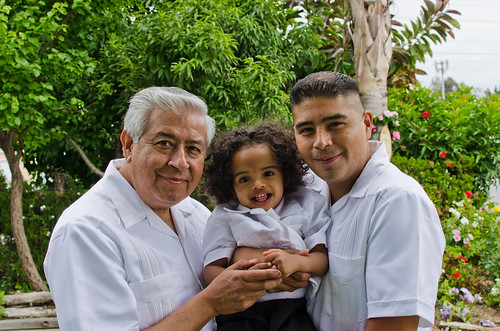 I was pretty shy as a kid but Danny was the opposite. He took on the trailblazer big brother role with gusto and I was grateful for it. I joined all the activities he did up through high school. I even chose trombone because Danny played trombone. Having him there made everything easier and less daunting, even if I was mainly known as Danny’s Little Sister. My big brother’s willingness to get involved extended to church activities like altar serving, choir and youth group (yup, did all three). He also made all the church ladies love him. So, from Padrino Danny I want Xavi to be willing to get involved and share his talents. I want him to get that first born sense of responsibility of being an example to your younger sibling(s) or cousins. 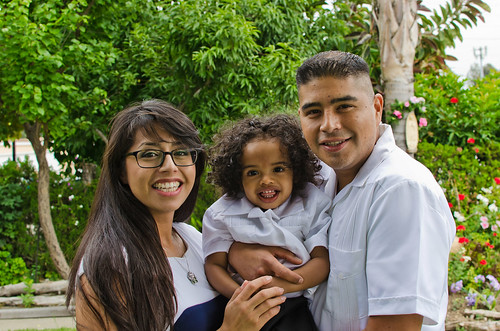 Xavi has three uncles, but only one tía, Lori. I know she relishes that role. As my only sister, we have a very close relationship and complement each other. Lori has a beautiful singing voice and we harmonize quite well together. We join dad and Danny in our small family choir at funerals for friends and family. Aside from offering up her voice, she also reminds me that prayer can take many forms. On her trail runs she prays for those who cannot run and reflects on the beauty in our surrounding environment. I want Xavi to learn from his Madrina Lori that it’s important to share your voice and other talents. Also, prayer can take many forms. 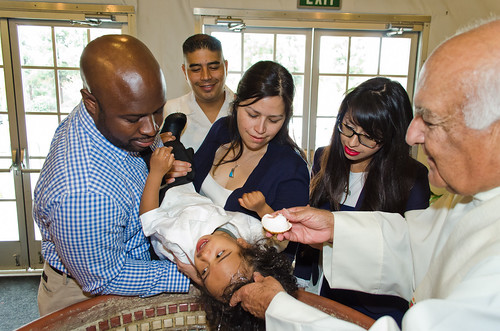 As for the actual baptism, Xavi didn’t behave as well as he usually does in church. He was squirmy, “talked” a lot (he says ma-ma now!), sat on the floor and cried at different parts. We’ve heard kids scream “nooooo!” in the middle of being baptized, so at least it wasn’t that bad considering he was teething and we cut his nap short. 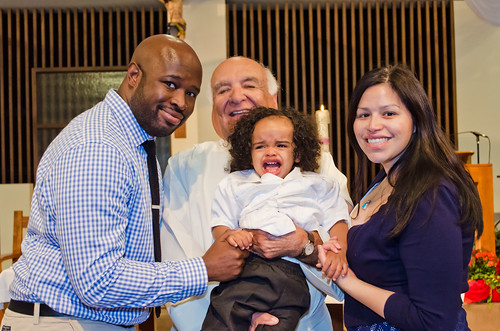 He was definitely the loudest (and oldest) of the six babies being baptized. He also had the most hair and was the only one who didn’t do the traditional baptismal gown. Do they even make those in 2T? 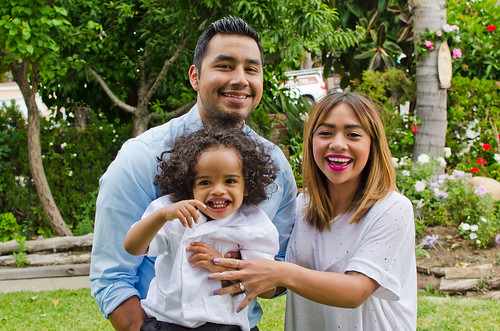 We kept the celebration small since the day before my parents had already hosted a party. My cousin Angelina threw a party with a King Taco truck and mariachi to celebrate her daughter Star’s confirmation and son David’s First Holy Communion. 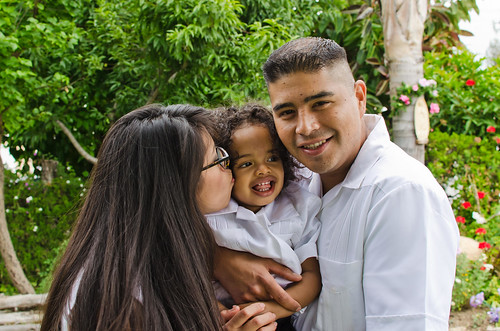 We’re thankful Xavi so many strong examples, hopefully that shines through in Skype and FaceTime.