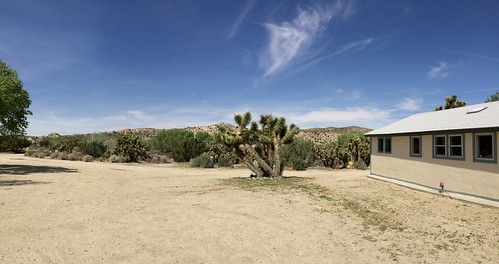 On my way home from work today I trudged along the sidewalk. I looked down at my feet. I felt a little queasy from the bus ride and was only half paying attention to the podcast playing on my phone. I heard someone call, “Cindy!”

I looked up at the line of cars waiting for the light to change to see Andi*, one of the students I got to know during the retreat in the desert. She was sitting in the back seat of a car driven by a woman with pink hair. She waved and I waved back. Then she was gone.

And I was left with warm fuzzies at the not-so-random encounter — figures that the students who go to the church live in the nearby community — and memories from the weekend. 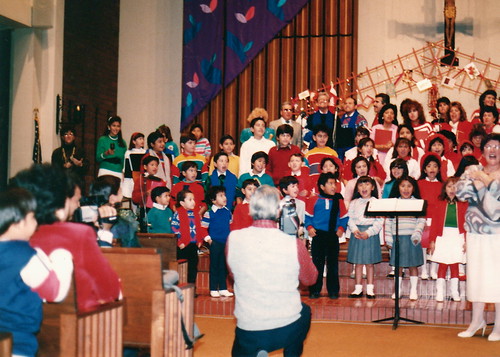 I grew up in a Catholic family. My parents met as part of the youth group at Assumption Church in Boyle Heights. When they moved to Hacienda Heights and began attending St. John Vianney (SJV), they continued to be involved in the church. I’ve written before about how every one of the six members of my family was involved in one way or another.

Then I went off to college and through my 20s/early 30s I stopped being so involved. I barely went to Mass. That changed when Sean and I got engaged and began to prepare for the sacrament of marriage. After SJV was burned down by an arsonist I reflected on how important being part of that community was for me growing up. 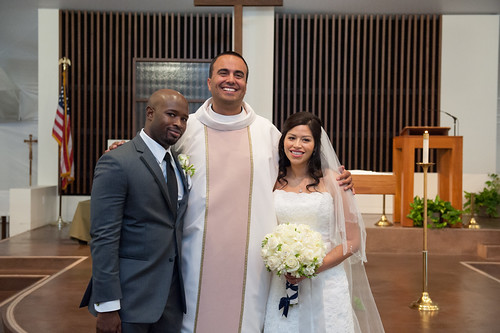 Then we met with Fr. Ricky and he reaffirmed that we needed to attend Mass weekly as we prepared for the wedding. After trying out different churches in my area, we chose St. Augustine. I liked that they had a 5 pm service. The music was great and the pastor encouraged interaction in Mass. But it didn’t really feel like home in the way SJV did. At SJV I can go to any service and bump in to a number of people I’ve known for 15-20 years.

Shortly after we got married the church sponsored an activities fair and encouraged parishioners to get involved. I signed up to do lector training and confirmation. I heard from the latter and then proceeded to flake on the actual training. I forgot I signed up for the former until summer when I got an email from the pastor.

I answered the call and went to a preliminary meeting. As I introduced myself I shared that I was a new parishioner and had been involved in youth ministry when I was younger. I added that I was influenced by my parents’ example. As I prepared to become a parent, I wanted to show my son that I wasn’t just going to church on Sunday, but also contributing in other ways.

Being a confirmation catechist shouldn’t be so tough, right? After all, I work with students just a few years older.

I met my group in September of 2013 as I was coming up from the fog of life with a newborn. The first class I attended was also the first time I was away from Xavi for more than 45 minutes. For the next nine months, I’d see my group about twice a month. I got to know them a little and did my best to be a good teacher.

Being a catechist wasn’t easy. I had to give up some of my time with my family and deal with teens who oftentimes didn’t want to be in class or church. Sometimes it was impossible to get them to join the discussion or do an activity.

I got to know the other catechists, a mix of people fresh out of college, professionals, and couples tag-teaming on their catechist responsibilities. One couple was a pair of doctors with two children, one a toddler. If they could give their time, surely I could to. The other catechists became friends and the director of religious education (a former daycare provider) was great with Xavi when I brought him with me to meetings.

After a summer away, I came back in September to most of the same students. While most are sophomores, a few were applying to colleges and worried about the next phase in their lives. The catechist group changed slightly too, but there was still a core group. As part of the two-year process, the students attend a weekend retreat. I did this as a teen but don’t remember much from my experience except that it was intense. 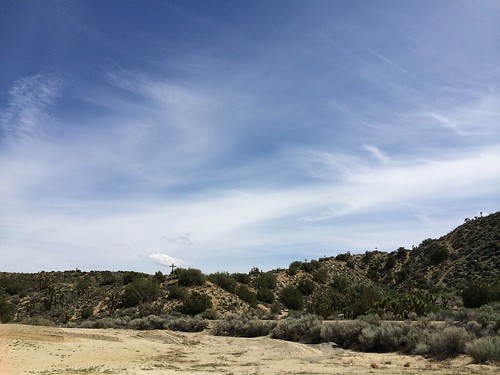 Like some of my teens, I didn’t really want to go away for a weekend. It would be the first time I’d be a way from Xavi overnight. When I decided to go on the second retreat weekend, I did it because it would give me more time to ensure Xavi was sleeping through the night and (if not) Sean could also get him back to sleep.

Andi (not her name) was one of the four students assigned to my small group during the confirmation retreat. I got to know her and the three others in my group and also spent the meals sitting with my usual group. They saved me a seat.

When I returned home on Sunday afternoon I opened my mail bag and found some kind notes from my group.

I heard great things about the retreat from my students. It was good for me too as I got some time to think and pray about some things on my mind. I even opened up to the youth about some of these concerns. 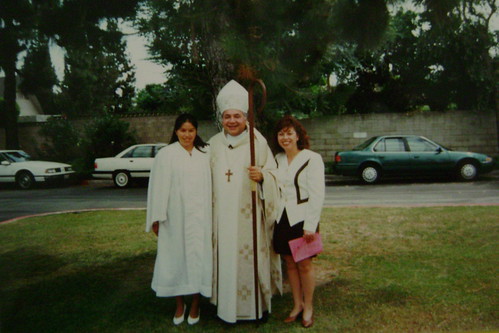 My students will be confirmed this afternoon. While I’ll miss seeing them every other Sunday for class, I’m excited to see how much they’ve grown and proud that they’re making this next step. Making my confirmation was a big deal for me and led to more opportunities for involvement at SJV. I hope my students see it the same way.