Earlier this month I was sitting down to lunch with some people I had just met. One asked, “So, what do you do for fun?”

I waited to answer. Not only because I was in the middle of chewing, because a number of the things I do for fun, I no longer, well, do. I ran. I went to movies. I went to Dodger games and lots of concerts at awesome venues. I spend time with family. 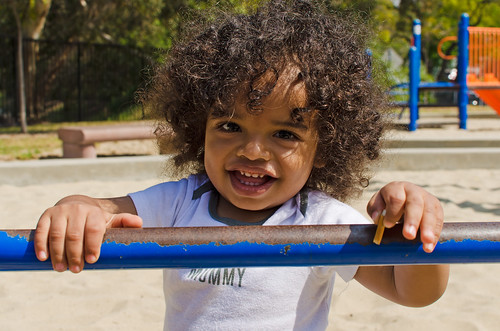 I don’t do most of that stuff anymore because I’m engrossed in figuring out my new role, being a mom to Xavi. And yes, that is often fun.

So, I said, “Well I like spending time with my family. And I have a toddler so a lot of my ‘fun’ is playing with him.”

I was immediately asked follow-up questions.

“Oh, that’s such a great age. The next couple of years are going to be so much fun,” said the second guy who I later learned is the father of toddler twins. 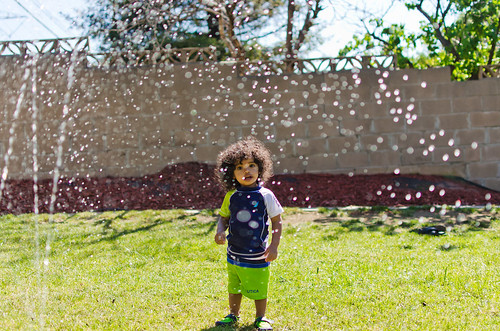 “Is he a talker?” asked the first guy.

“No. He actually doesn’t have many (well, any) words. We’re going to get him evaluated soon…”

Both told me about family members who had hearing issues or did not speak until five years of age. They assured me that everything worked itself out. 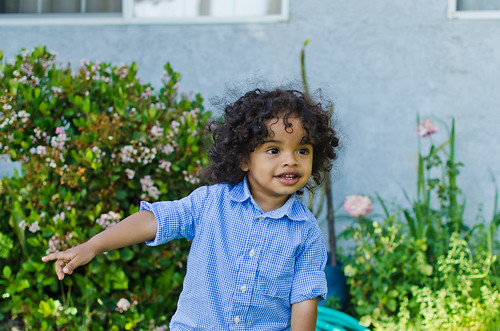 Xavi will be 21 months in a few days and his language is not where the it’s supposed to be. He doesn’t have the 5-10 words [or whatever it is, too lazy to look up something that’s going to turn up BabyCenter or WebMD — I’ve already seen those sites] considered normal for a toddler his age.

He babbles a ton. He says “dada”, but not to refer to Sean. He says “dis” (this) and points. He used to say “trash” as we would go to the diaper pail to throw out his dirty diapers. My mom and his former babysitter insisted that the “tinti” he said was actually Cindy. And he imitated me as I said his babysitter’s name. He doesn’t say mama.

When Xavi was 18 months old, we brought up our concerns with our pediatrician, Dr. H. First he asked where the concerns were coming from. Are you comparing him with other kids? Are your families or friends bringing this up? Nope. It was all me and Sean. Then he asked some basic questions and concluded that given that Xavi has hit other development milestones and has been very healthy thus far, he saw no reason to be concerned. He said Xavi was “certainly not advanced with speech development, not that there is anything wrong with that.” He’d be concerned if Xavi was 30 months old and used so few words, but at 18 months he didn’t see cause for alarm. Dr. H assuaged our worries more by offering to refer us for an evaluation at the speech and language therapy department if we chose. “Just email me and I’ll send it.”

That made me feel better. 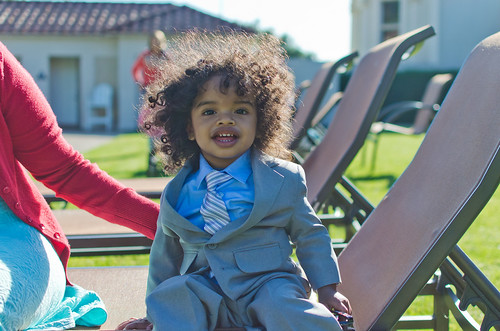 Sean and I decided to take a wait and see approach. In the mean time we read about other parents’ experiences with speech delay and speech therapy.

Six weeks passed and nothing changed. Xavi stopped repeating me when I said we were taking his diaper to the trash and going to his babysitter’s house. I started to feel like I needed to do something. What if he really needs help? I’d read about the referral process and knew that it could be a couple months before he ever saw a speech therapist.

The evening after my lunch meeting I told Sean that I asked Dr. H for a referral. Dr. H complied and within a few hours the referral was in our HMO’s system. Sean made an appointment the next day. Within two weeks we were seeing the speech language pathologist for an evaluation. The sessions with the SLP lasted about 30 minutes and she asked a series of questions regarding Xavi’s expressive and receptive language. She confirmed that he is speech delayed and qualifies for speech therapy and another early intervention preschool/daycare program. 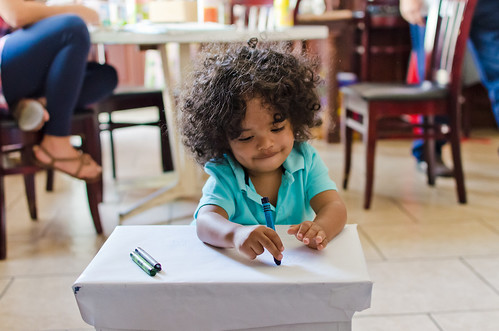 The evaluation was affirming. It’s hard to think that there might be something “wrong” with Xavi or that I could have done more to help him develop speech. I know that speech delay is very normal and that there is nothing actually wrong. I know that we are lucky to have access to resources to give Xavi a little nudge.

I felt so much better after leaving our session with the SLP. Hearing that he did qualify for services was nice, but it also made me realize a few things. Xavi does know a lot of words, even if he isn’t saying “mama, agua”. During the evaluation, the SLP pointed to pictures in a book and asked Xavi, “Where is the ball? Where is the bird?” I figured Xavi knew “ball” since we frequently throw various balls around the apartment, but was surprised when he correctly identified the bird. She also gave him a two-step instruction (e.g., get the train, take it to mommy) that he partially followed. When she saw our faces look a little bummed that he stopped partly through the direction, she said, “It’s okay. This is more advanced than his age.”

Second, simply watching the SLP’s interaction with Xavi made me realize there was more I could be doing to help him learn words. Sean and I both read to him daily and point to objects when we’re at home or out on a walk. I don’t put those together and realize I should be pointing more to the objects in his books. The SLP also advised us to draw attention to our mouths as we name objects. I’m sure I’ll learn more once Xavi has first session with the speech therapist. 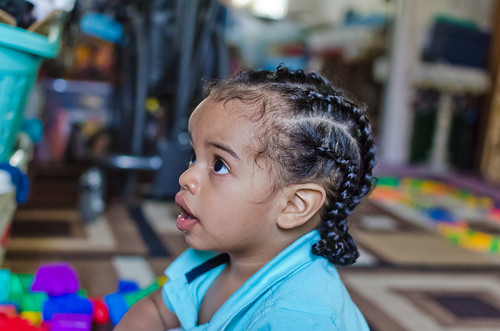 For now, I know that his expressions and actions say more than I can understand. While Xavi learns words, I need to learn to better pick up on his non-verbal cues.

5 thoughts on “Use your words: Dealing with speech delay”