In just four days Xavi will complete his first year of life. There will be tears (mine, no doubt) and clichés (where did the past 12 months go? Can you believe he’s one?), a (Hulk, naturally) smash cake and lots of family and friends. There will be reminiscing over a year full of firsts and reaching milestones. And we’ll look forward to ones we’ve yet to reach (without trying to rush the natural developmental process).

Most of those firsts have been pleasant, awesome even. They’re captured in pictures and text messages filled with lots of exclamation points. Occasionally there will be one without formal record. Just memories that will become the kind of story that ends with “so that happened.”

This is that kind of story. 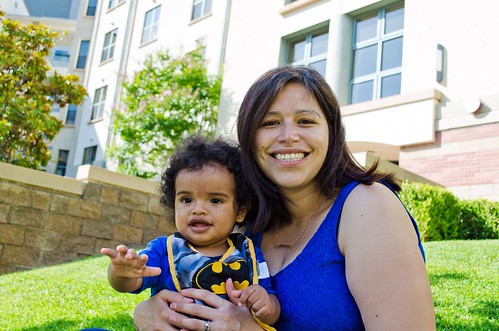 Normally, Sean, Xavi and I go to Sunday mass at 5 pm. It gives us time to lounge around in the morning and not interrupt Xavi’s late morning nap. During the academic year it coincided with the service for confirmation year 1 students. (I volunteered to be a catechist last summer.) Finally, I like the music played at that service. This Sunday I had to work from 4-6 so we opted for the latest morning service at 11.

We arrived at church and took our usual seats in the crying room, 3rd mini pew, second from the back. I’m new to crying rooms since I never sat in there as a kid. SJV didn’t have one, but this church does. We’ve been using the room for the past 6 months or so and have become familiar with the regulars. While it’s nice to attend mass and not worry about the baby getting too loud and fussy since the room is soundproof, it’s also worrisome for it provides a glimpse of the toddler years.

This Sunday the room was pretty sparse and we were joined by only two or three other families. The family in the pew in front of us consisted of three boys, Larry (~9), Moe (~7) and Curly (~6)*, their father and grandmother.

Shortly into the service, the children were invited to leave the sanctuary to attend a specialized kids service. Moe and Curly joined the group, but Larry didn’t want to go even when his dad and brothers encouraged him. While his brothers were gone, Xavi dropped one of his teething rings in the aisle by Larry. The boy kindly picked it up but seemed disgusted when he found it was wet with drool. Fair enough.

Halfway through the service the kids came back. The boys got out their toys. Xavi watched with curiosity and leaned forward trying to touch the toys. Rather than turn around and ignore Xavi, Moe and Curly showed Xavi their toys. Moe, the middle brother, even let him hold a Batcopter. Larry didn’t like that.

Moe and Curly looked at Larry like “what’s wrong with you?” and ignored his plea. Larry whined to his dad, but he didn’t do anything.

Sean and I didn’t say anything, but for the rest of the service I tried to keep Xavi from touching the boys’ toys even when they offered because they weren’t baby appropriate and I didn’t want Larry scowling at us or his brothers. Xavi did get in a couple spins of the Batcopter propeller and Tumbler wheels. [Aside: Sean helped me with the proper terms.]

The mass ended and we walked out to the car.

“Did you hear what the boy said?”

Sean repeated what I thought I’d heard and confirmed that I didn’t hear wrong. He was sitting closer to Larry so he could hear better.

“That doesn’t even make sense. Those boys are the same color as Xavi! They’re probably Filipino too.”

“And who is Jonathan? We gotta warn that kid.” 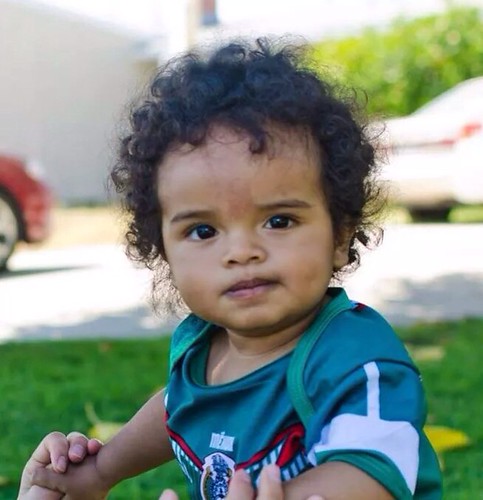