Xavi has been in speech therapy in Ithaca for less than a year. However, Sean and I have already met with a number of professionals in early intervention who consistently ask us to describe our son. The last time we did it was in a meeting with school district officials as Xavi’s impending third birthday meant he would age out of early intervention services through the county health department and his speech therapy would be handled by the local school district.

Despite having to answer this question in some way, a number of times, the inclusion of “strengths” threw me off. I suspect Sean felt the same as he was silent longer than me. I read and write evaluations all the time at work, but didn’t want to feel like I was doing the same for my son.

I told them that at five days shy of his third birthday, Xavi was still enamored by all things related to trains (“toot toots”). He’s expanded his fandom to other forms of transportation. He loves anything that moves. Cars are fun to play with, he loves to ride the bus and gets excited when he sees the diggers at the construction sites around town. He asks to go to the airport too.

I told the two women who work with the school district, our current coordinator of services with the county and Xavi’s new speech therapist (his first one in Ithaca moved away a month ago), that Xavi likes books and puzzles. Since his exponential word growth began in March – same time he began going to a small group home daycare full-time – he’s added in singing. He sings “Twinkle, Twinkle Little Star,” stealing my job as we go through the bedtime routine.

He’s very affectionate and loving, he gives the best hugs and sloppy kisses. He’s friendly and very good at remembering all the people in his life who love him tremendously. He’s taken more to pretend play with his toys. He loves bubbles, running and jumping on the bed, in puddles or on dad. Sean added that he’s great with directions and can probably lead you to any train table in Ithaca as well as Dunkin Donuts. 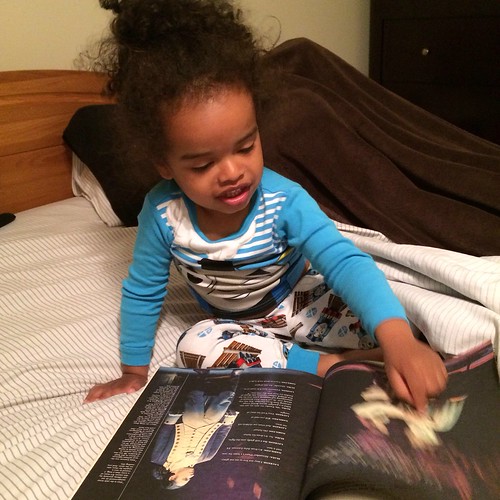 I forgot to brag that he knows his alphabet, can count to ten, knows his shapes and that he’s a Hamiltot, a toddler who has joined the Hamilton fandom (“Hamilwin” to him). [Look at my son! Pride is not the word I’m searching for, there is so much more inside me now!]

I noted that even though he is WAY more verbal than he was at this time last year, he can improve on his pronunciation. For example, he says “pip” rather than “chip” despite having no problem with “cheese.” The speech therapist called this fronting and stopping. Although Sean and I understand him about 75% of the time, he’s intelligible to those who don’t know him about half the time. When he talks to himself during play time he’s even less intelligible.

When we finished, one of the school district representatives, “Wow, you really know your son. He’s lucky to have such involved parents.”

Really, I feel lucky to be Xavi’s mom, to get to see him grow and change – while still being just as cuddly as ever – in everything from hair to speech to having a little brother or sister.

Today is Xavi’s third birthday. We celebrated over the weekend in Long Island. My mother-in-law invited family, neighbors and friends from church. When it was time for the cake, Xavi was so excited. He even sang “Happy Birthday” along with his guests.

The only downside was that we were rained out, but I don’t think Xavi minded because there were balloons, new toys and cake.

Most photos by Sean [Flickr]. See his favorites from the past year on his blog.

2 thoughts on “Xavi is three”