In late January Lupe, Xavi’s nanny informed us that she would be taking a trip to Colorado where her daughters live. She also said she might not return. This wasn’t the first time Lupe took a well-earned vacation. However when she went to Texas in October to visit family she didn’t plan to move. We worked out her last day and started calling around for some new childcare options. Lupe even referred a few people but we settled on an in-home day care in our neighborhood we could walk to. Proximity was key since we have one car which Sean drives to work 20 miles away and I handle the mornings.

The change worried me. I knew Xavi would have a tough time, that drop-offs would involve tears and clinging. But I knew he would adjust. More selfishly, I knew my adjustment would be more difficult.

With Lupe our mornings were much different. Basically, I was spoiled and oftentimes she’d take over as soon as he woke up. All I had to do was get myself dressed. Lupe handled Xavi’s diaper change and sat him down for breakfast. Typically I’d leave and he’d be content munching on some banana and eggs. There were never any tears when I left. 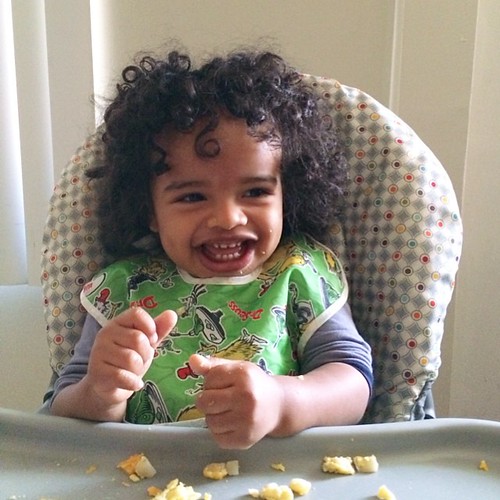 Sean would get home first and begin dinner. Sometimes Sean would even put Xavi to sleep at an early bedtime or he’d fall asleep as soon I got home. It bummed me out to spend such little time with him during the weekdays.

Now at about 6 weeks in to our new arrangement and knowing that Lupe’s move is permanent we’ve adjusted to the changes. And I like it.

Sure, there were tears on those first few drop-offs and pick-ups — I think Xavi just gets attached to his caretakers. But he’s adjusted to the new routine and there’s no more crying.

And yes, the colds — yes, he’s has two so for — Xavi managed to avoid all winter finally got him. And yes, I’ve had to adjust my work hours to come in a little later and leave a little later. And yes we do miss Lupe. 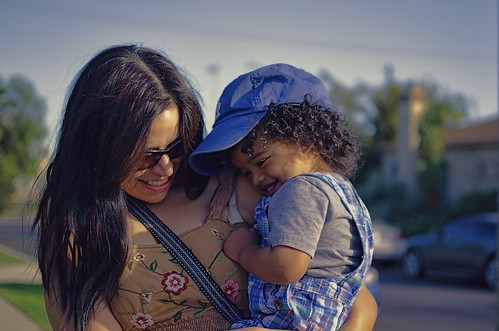 But now we have time for playing in the morning.

3 thoughts on “Mornings with Xavi”