While the baby naps in my arms, I typically go through some form of social media and check out interesting news and stories. Or I binge watch The West Wing. Recent favorite reads:

I have no shame in admitting that I’m an Alexie fangirl. I was so disappointed when I heard he was in LA recently for a book signing and I didn’t find out until a week later. (He doesn’t advertise his readings on Twitter, but his feed is very entertaining.) Anyway, this piece for The Atlantic’s “By the Heart” series was enlightening and inspirational. I’m grateful his poetry professor gave him the book that included the life altering poem.

At the same time, I’d never seen myself in a work of literature. I loved books, always, but I didn’t know Indians wrote books or poems. And then to see myself so fully understood in one line of a poem, as though that one line of a poem written by someone else was my autobiography … It was like understanding human language for the first time. It was like hearing the first words ever spoken by a human being, and understanding for the first time the immense communicative power of language.

I had never intellectualized this feeling that I’d had my entire life. And then, to hear the thing aloud. To see it in print. These are the kind of emotions that nobody puts words to, at least not where I’m from. So an intellectual and emotional awakening were fused in this one line. They came together and slapped me upside the head.

Tuesday, October 15th marked the 25th anniversary of the most dramatic, amazing, awesome walk-off home run in Dodger history. I don’t remember seeing it live, but do remember those playoffs and being excited that my dad caught a ball at one of the NLDS games against the Mets. I have seen Kirk Gibson’s home run dozens of times as it’s played on the Dodger jumbo screen all the time, but didn’t know everything going on behind the scenes. And there was a lot!

Arash Markazi interviewed players from the ’88 Dodgers, A’s, coaches and management to fill in the story.

One of my favorite parts was reading Vin Scully’s role in motivating the very injured Gibson to stop icing, suit-up, take some practice swings with the bat boy and tell Tommy Lasorda he could pinch hit in a close game.

Vin Scully (Dodgers announcer 1950-present, NBC announcer 1983-89): In the middle of the ninth inning of that game, we were in commercial, and I had told the producer and director, ‘When we come out of commercial, follow me.’ You don’t do that very often, but, in this instance, I felt it was important, so, when we came out of commercial, there was a shot from the blimp of Dodger Stadium and I said, ‘If you’re in the ballpark with binoculars, your first thought would be, late in the game, Is Kirk Gibson in the Dodgers’ dugout? The answer would appear to be no.’ They did a slow pan from one end of the dugout to the other, and I basically said Kirk Gibson will not play tonight.

Gibson: I was sitting there, and, when Vin said that, I stood up and said, ‘My a–!’ It was time to go get dressed. That’s not to say I wouldn’t have gotten dressed if he hadn’t said it, but he did say it, and I was vocal about it with whoever who was around me at the time. 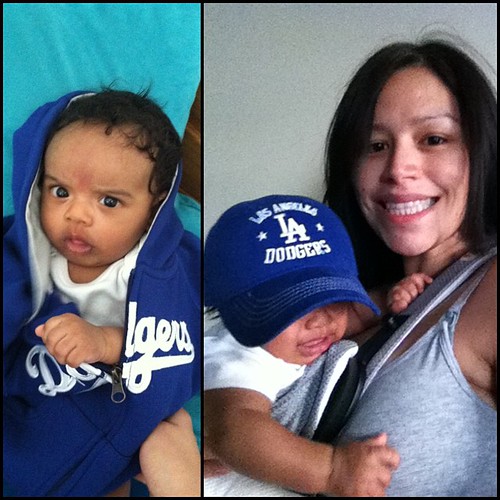 The playoffs have been stress inducing lately. Xavi and I are crossing our fingers in hopes of celebrating another improbable, impossible victory. 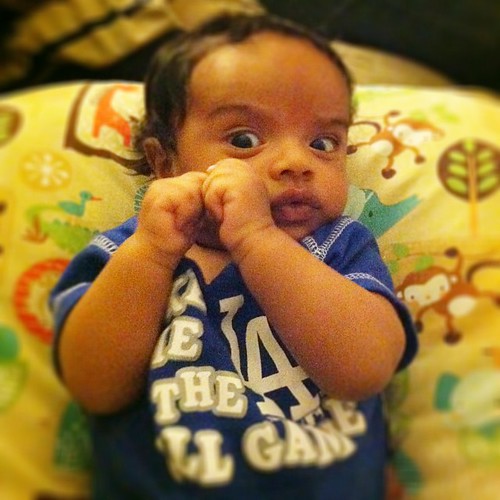 I’ve been following Jaclyn Day’s blog for a couple of years, but never really paid attention to anything aside her affordable fashion posts. I was missing out, but perhaps it’s good that I’m just finding some of these posts months later when I’m at the beginning of my own parenting experience and can relate to her fretting over the cost of childcare or dealing with her post-pregnancy body image issues.

The things about parenting we don’t talk about — on maternity leave, childcare and the privileges some parents have/don’t have

One thought on “Nap time reading”