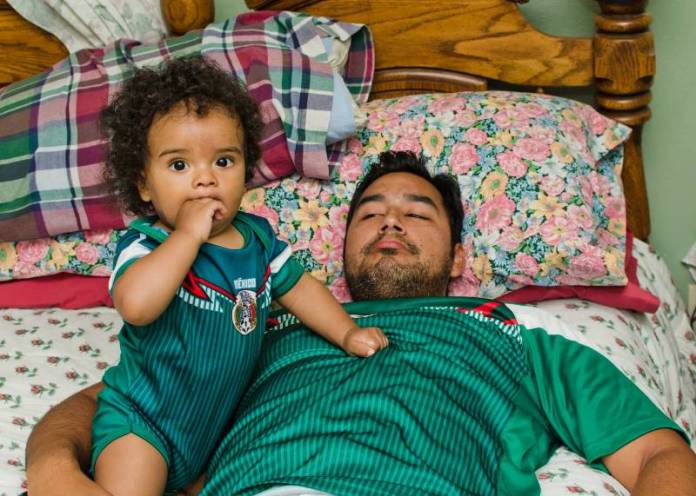 Xavi isn’t even a year old and he’s already witnessed heartbreaking losses by Mexico in the World Cup, the Dodgers and “the Knicks’ general existence.” Sean added that last one in. At least the Kings won the Stanley Cup*, but we’re not really hockey fans.

Hopefully by the time he’s old enough to care about sports, his [parents’] favorite teams will get it together. For now, we’ll try to keep the cursing to a minimum and the celebrations not overly loud so they don’t startle him and make him cry.

[*At the expense of the Rangers, Sean’s team. So even if we were hockey fans, it’s only half a win.]