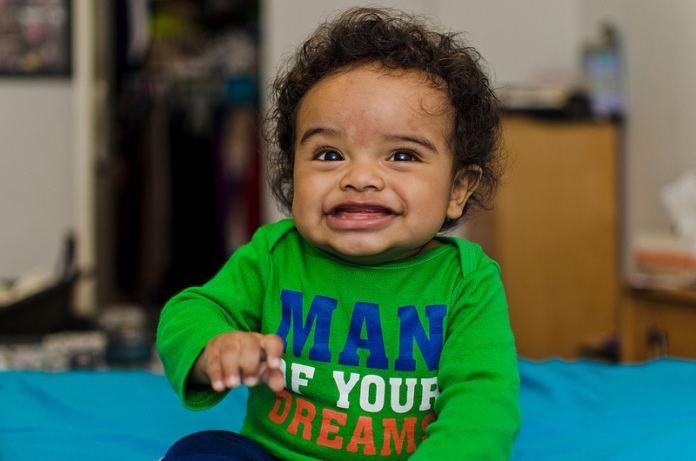 I just revisited photos from Xavi’s birth a little while ago as I updated the birth story post. (The photos weren’t showing up.)

I kept thinking, he was so tiny. August doesn’t seem that long ago, but when I look at the pictures it seems like I’m looking at a different baby boy. The matted full head of hair has turned into big, gorgeous, curls. The full lips now break open frequently in to a wide gummy grin and actual sounds like “guh” and “dah” come out. The foot that was barely longer than a finger now goes into his mouth — as does everything else that fits in to his little hands. And the laughter… it’s awesome. Sean and I do all sorts of silly things to get him to keep laughing.

If Xavi was born on his due date, he’d be 31 weeks old today.

I was in Wal-Mart near my parents’ house when a man stopped me.

“Mija, how is your grandpa doing?”

I tried to place him. He wasn’t a neighbor. Could he have been someone my parents know from church? Maybe I did know him and just didn’t recognize him as he had aged. My parents go to weekly Mass with my grandparents and surely their friends at church knew about Papá Chepe’s condition.

I didn’t know what to say so I just said he was doing a little better, he was stable.

Still, it was weird.

It’s been 4 weeks since Papá Chepe’s stroke and heart attack. His condition has improved somewhat. After a week he was moved from the ICU to another floor where patients were in less critical condition. The following week he was moved to another hospital in the area and handled the move well. The group text message updates from my dad go from daily to once every few days as there’s less pressing news on his condition.

We try to visit on the weekends. Every visit feels like a mini family reunion which is bittersweet. For the past ten years, we’ve been gathering every last weekend in January to celebrate the grandparents’ sixty-somethingth anniversary. This year was 71.

Whenever we visit, there’s no shortage of aunts, uncles and cousins in the waiting room to watch Xavi as Sean and I go to visit my grandpa. He looks less startling than he did in those first few visits. His arms are no longer bruised from the IV needles and there are less machines humming and beeping around him. He still holds our hands and if awake, he’ll stir and acknowledge our presence. Last time, while showing him pictures of Xavi on my phone, he took the phone from me and then placed it against his chest.

Mom: Do you want to cry?
Me: Huh?
Mom: I was showing Papá Chepe the calendar and saying, “es muy bonito el niño, no?” (The boy is really cute, no?) And he would nod, “yes.” Then he took the calendar from my hands and brought it closer to his face so he could see better. Then he placed the calendar over his heart and left it there.

Sometimes he’s cuddling a “get well” teddy bear at his side and it reminds me of the stuffed snake and mongoose he used to place beneath the rear window of his old car. He liked his odd, creepy animals. 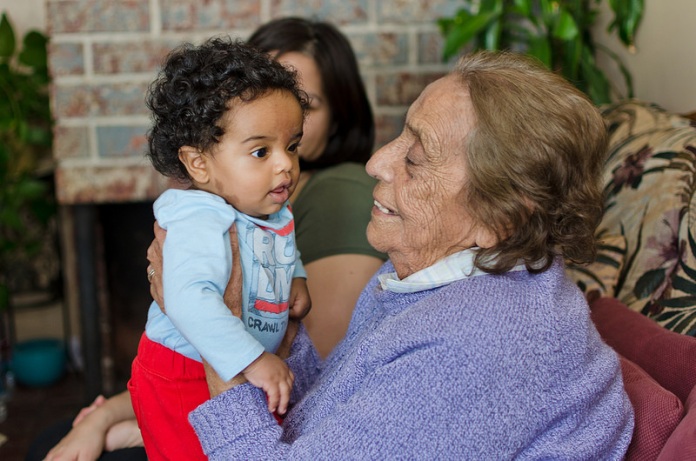 Mamá Toni is mainly in good spirits, especially when Xavi is around. She asks for him as soon as he wakes up and dances/bounces him until her arms tire.

Thanks to all who offered kind words, thoughts and prayers. We really appreciate it.

I made a couple generic cards and then couldn’t stop. I made a bunch for the grandparents, great-grandparents, aunts and uncles. I may be too lazy to learn how to use Photoshop, but PicMonkey will do. 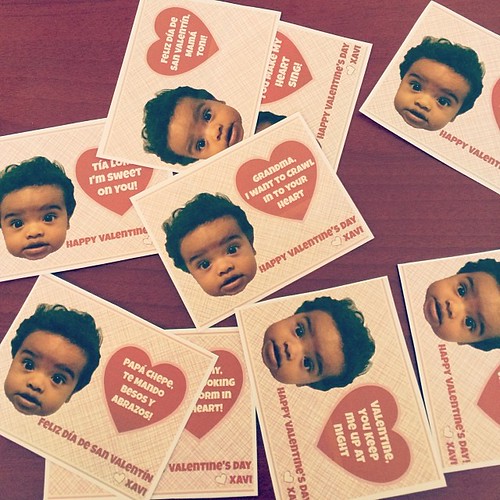 Hope you had a sweet Valentine’s Day!